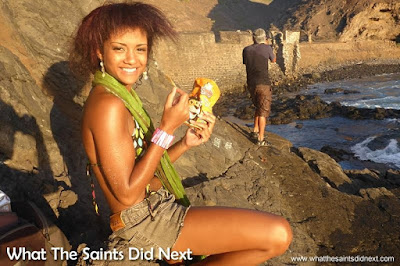 This blog dates from 2015 when St Helena was in the throes of its greatest hopes in living history. Sadly as previously those hopes and ventures were shattered, leaving "Saints" once again to pick up the pieces. Then just as a glimmer of hope returned, Covid19 ills crossed its horizon. What next for St Helena?  Something really must be done about St Helena. See also my latest blog.

I have taken the title from my most popular blog to date*, to make the same point – before it is too late – for Saint Helenians not to lose their unique culture when the new airport opens up in 2016.

Just as for Cambodia’s indigenous peoples, and most such peoples around the world, are we seeing again a failure to appreciate the richness and rarity of Saint Helenian culture?

It was HMS Northumberland that brought Saint Helena its most famous visitor, Napoleon in 1815.  I hope that this Northumberland blog will help to ensure that the island remains a vibrant home for its people, and not just a stop on the world tourist trail for the entertainment and amusement of visitors.

Ultimately it is Saint Helenian culture, that tourists will want to experience and enjoy, beyond and after visits to Longwood House and Sane Valley to see the well-preserved Napoleonic artifacts.

Yet is Saint Helena's truly unique way of life in imminent danger?  From what I have seen and read about the island’s post-airport development plans, "external" thinking predominates. In this sense, it reminds us of too many similar errors made in so many countries.

Australia, for example, with the apology in 2008, has still not come to terms with the problems heaped on its first peoples, who are today generally accepted as the civilization with the longest continuous history in the world.  Explorer James Cook’s “discovery”  of Australia in 1770 led to British colonization in 1788.  Meanwhile Saint Helena had already been occupied for over a hundred years, permanently by the British in 1659.  Its first known resident, Fernão Lopez, lived there a century before between 1515-45.

So really, Saint Helenians can trace their origins; the start of their culture, to that date - centuries before modern Australia and many other countries came in to existence. For such a small population today including their Diaspora in South Africa; the UK and around the world, they are remarkably diverse in their gene pool.
Some might argue against there being a distinct Saint Helenian culture. Is it just another British colonial hybrid?

Now I do not think it takes much analysis, to see that Saint Helena does indeed qualify.  In fact the UK and Saint Helena Government are obliged to protect it under the 2001 UNESCO Universal Declaration.

The Reading Sports held in the UK every year is an excellent expression of Saint Helenian culture, being preserved and practised, thanks to founder Owen George.

So the question is: “Is enough being done?”  Are the issues being taken sufficiently seriously?  The island’s native population is dwindling, now down to just 4,000.  Their elected leaders still lack powers and influence against British expatriate domination.  In order to maximize post-airport economic opportunities, external investment is being sought, with heavy reliance on the South African link.  These could prove to be all-subsuming.

All of us who have visited Saint Helena have been charmed by its people generally, and by some great characters in particular.  Those characteristics are unique products of isolated island-living, blended with peculiar imports over the years.  From slaves landed and freed*; to indentured Chinese labourers; work with Americans on Ascension Island, and since the 1980s with Falkland Islanders, each in its way has left its mark.

For those marks to be indelible, there has been one quality above all others (but the luxury of time will not last much longer, once air schedules take over):

The weeks and months between ship arrivals are conducive to socialization. The hubbub of ship-days soon passes.  Daily lives return to the gentler pace.  People have time to talk. Seldom do tight timetables apply.

All that will change once (if?) aeroplanes arrive regularly, bringing many visitors.

Those planes are likely to bring wealthy settlers, keen to buy property or to take regular holiday lets.  Land and house prices will rise and ordinary Saints will be priced out, forcing more to drift away from the island.

It does not have to be this way, but will the lesson only be learned after it is too late? (For more on this, please access the paper I drafted and circulated in early 2015. This was presented to the UK's House of Commons Public Accounts Committee that investigated the airport project by DfID)

Or will Darrin Henry’s great photographs of Saints like Emma end up in this unenviable library?

For earlier blogs about St Helena please visit this site about "Saint" weddings; another to find out about the Fish and Chip Millionaire, and here to see my views as to why the Overseas Aid and Development community should learn lessons from what keeps going wrong on Saint Helena. Why do Saint Helenians do so much better in the big outside world than at home? 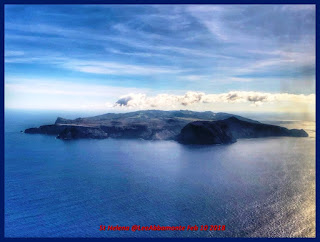 For a spectacular image of St Helena from space, visit here.

* The original blog was written mainly with Cambodia's Bunong people in mind.  Estimated to be 30,000 they may be more numerous than Saint Helenians, but they are losing their ancestral lands and being inundated with outsiders. 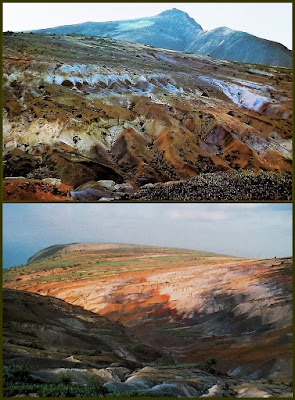 Although Saint Helena is rightly praised for its natural beauty, the [sad] fact is that today's topography is man-made due to external factors brought in often with unintended consequences. Only the very highest peaks have original endemic species.  Goats were brought in to feed mariners and proliferated causing erosion.  So there are barren areas but even then unique beauty can be found in these "artist's palate" images in Robin Castel's Saint Helena Island Fortress. 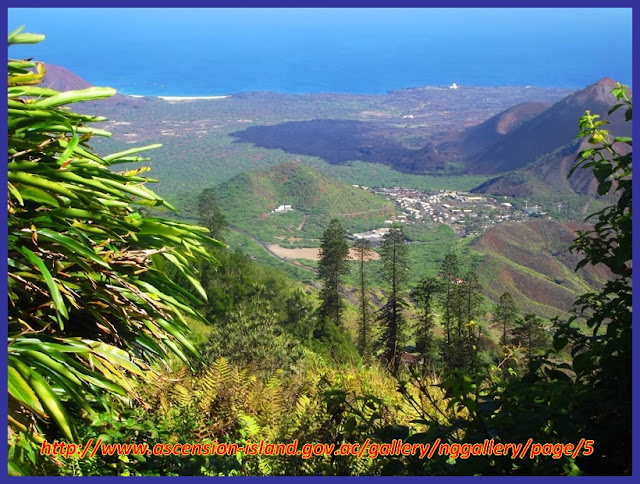 Not many people know that Ascension Island, with Tristan da Cunha, is (or was*) a dependency of Saint Helena.  It is of course known as a United States and British defence base, yet who is that provides the labour for them? It has been an indispensible staging post for the recovery and defence of the Falkland Islands.  The shame is that Saints have never been allowed to make it a real home from home, as it is for many of them for their entire working lives.  Also the defence role so far is preventing Ascension playing a full part in promoting vital tourism and air access to/from St Helena, even though it would be a very attractive part of any package. That defence shield, unfortunately, has never extended to cover other vital interests such as fisheries around the two islands and the sea mounts in-between.  Isn't it time to reward all the loyalty and devoted service of Saints by recognizing their rights to promote, protect and maximize use of Ascension Island too?
* Although the three were linked in the past today the only real common link is that a single Governor presides over all three. Nominally he's in charge of Administrators on Ascension and Tristan but they act autonomously.


My other blogs about St Helena
The easiest way to access my blogs is to use online search engines and enter Helena.