Alnwickdotes: No 5: The Fish and Chip Millionaire 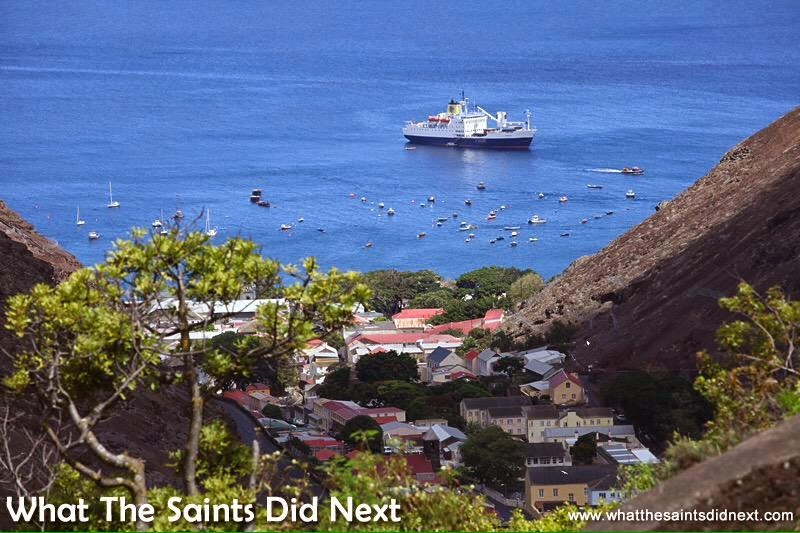 When Saint Helena Island’s airport opens in 2016, a great feature of life – the arrival of the RMS St Helena at the anchorage will disappear.  (The UK has wagered the island’s future and self-sufficiency on a £192million (US$ 320m) airport. It is a dramatic effort to bring in tourism and investment, without seemingly taking note of the salutary experience of Norfolk Island in the Pacific and Australia.)

Jamestown is always abuzz when the ship arrives.  Crowds line the seaside from the-landing steps to the gate in to the town.  Some have returning loved-ones, others just want to see who’s coming and going.

I recall an extra-special buzz one time.


A trio of young ladies bounced up to me, saying “Hey Sa, there’s a millionaire on the RMS!”  They ran towards home, giggling “Us gels gonna get ready, us gotta look good!”

Now this kind of tale is not unusual. Rumour and gossip are an indispensible part of life there as anywhere in the world.  Normally the far-fetched disappear, but not this tale. No doubt a Saint crewman from the RMS must have been pleased with his efforts to get tongues wagging.  Later I was in the Consulate, the main hotel/bar.  It was crowded of course being a ship day.  One of the trio searched me out.  She was looking splendid, in her finery as if to go to a wedding, or for a job interview.  They were out to impress the unwitting millionaire.  “Look him there!” She pointed a finger in his direction, and she wasn’t the only one “giving him the eye!”

Now I was expecting some star-studded celebrity, perhaps a dapper tycoon, exuding wealth, flashing money around.  Instead there was just an ordinary-looking fella and his missus.  I doubt if the couple would be offended by me saying so.  I declined the pleas to go to talk to them.  Some Saints believe that a foreigner, would want to talk to other foreigners, when of course, it is locals that they want to meet. I left them to make their own introductions and questions about bachelor sons, job-openings, etc.

The next day my path crossed again with the millionaire couple.  We exchanged pleasantries and a chat about “their trip of a lifetime.”  George and Belle were on the Island for a few days, before continuing their voyage.  Inevitably, the place being so small, we met up yet again later.  So I narrated the millionaire story.  They had an inkling of it.  George laughed heartily.  He said “Well, we’re not short of a bob or two!” and added “From fish and chips!”  Now up till this point I had no clue as to his origins until he ended his sentence with “in Seahouses!”  I immediately corrected his pronunciation “You mean Seahoozes!”  More laughs. So there we were, this apparent millionaire, the wishful target of the island’s most eligible beauties. He was from just 13 miles up the road from me in Northumberland.  Fate meant we met 4,900 miles away on a tiny island in the South Atlantic. As a Northumbrian colleague quipped “We get everywhere!”

Of course it was George Lewis of the well-known eponymous fish and chip shop.  George the Fish and Chip Millionaire!

Now when I am in Seahouses, (as posh folks call it), there is only one place I frequent, but oddly I remembered my cousin Juliette and husband Rory, who live in South Africa, enthusing about “Lewis’s fish and chips - the best that they had ever tasted”.  George despite all his years in Seahouses, hadn’t acquired the local accent.  He and Belle told me about all the years of hard work, sacrifice, and determination, to build up the business.  Recently they had just handed it over to their adopted son, and were now to enjoy their rewards in retirement.   A few years later, they kindly hosted us in Seahouses. The meal on-the-house was indeed splendid. George and I had a friendly spar – was it “Fish, chips, mushy peas, cup tea, with bread’n marg” - as I quipped. Or “Best butter, and spread on thick!” as he retorted, “....not like some places!”, his head turning to look towards his erstwhile competitors, through the window.

As with most of my blogs, there is always a story-line connection with what I do today in Cambodia and to overseas aid and development.

I will say first of all that George must have worked much harder, and over a longer period, than some millionaires, certain Lords of Poverty, in the aid and development business. (My thanks to Dianne Abbott MP for the accuracy of this claim.)

More pertinently I can’t help thinking that George, if he hadn’t passed away sadly, would have been a great help as we continue to try to introduce an entrepreneurial culture, and break from the hand-out mentality.  Too many years of ineffective aid makes it hard to move in this direction, on Saint Helena, in Cambodia, etc., the subject of an earlier blog.

My colleague, Alan Morton, is leading our current initiative - he is pictured, with inset, below.  Alan is a volunteer arranged through “Accounting for International Development”.  Appropriately he’s called it:


Best of luck with what our folks, indigenous minorities, come up with, but I think George would advise them:

-  Produce a product that your customers want; is good value; consistent quality, and enough profit.
-  Make sure you have a market for it.

Now with Seahouses graced by several fish and chip establishments, as well as other good eating options, there are two things to add, the second expressed delightfully in aid & development jargon [in brackets]

For poor Cambodians, the inability to compete on a level playing-field, is probably the hardest challenge they face. It’s one of worst countries in the world for doing business, 135th of 189.

Please imagine how much harder it is in remote areas with poor communications, far from Phnom Penh where these surveys are done mainly. As I mentioned in another blog, competitors pass off goods that are not authentic indigenous products.  Even Mondulkiri’s excellent coffee has its bogus imitations.

But with luck and persistence, maybe out there we will see more lifetimes-of-effort producing new millionaires. 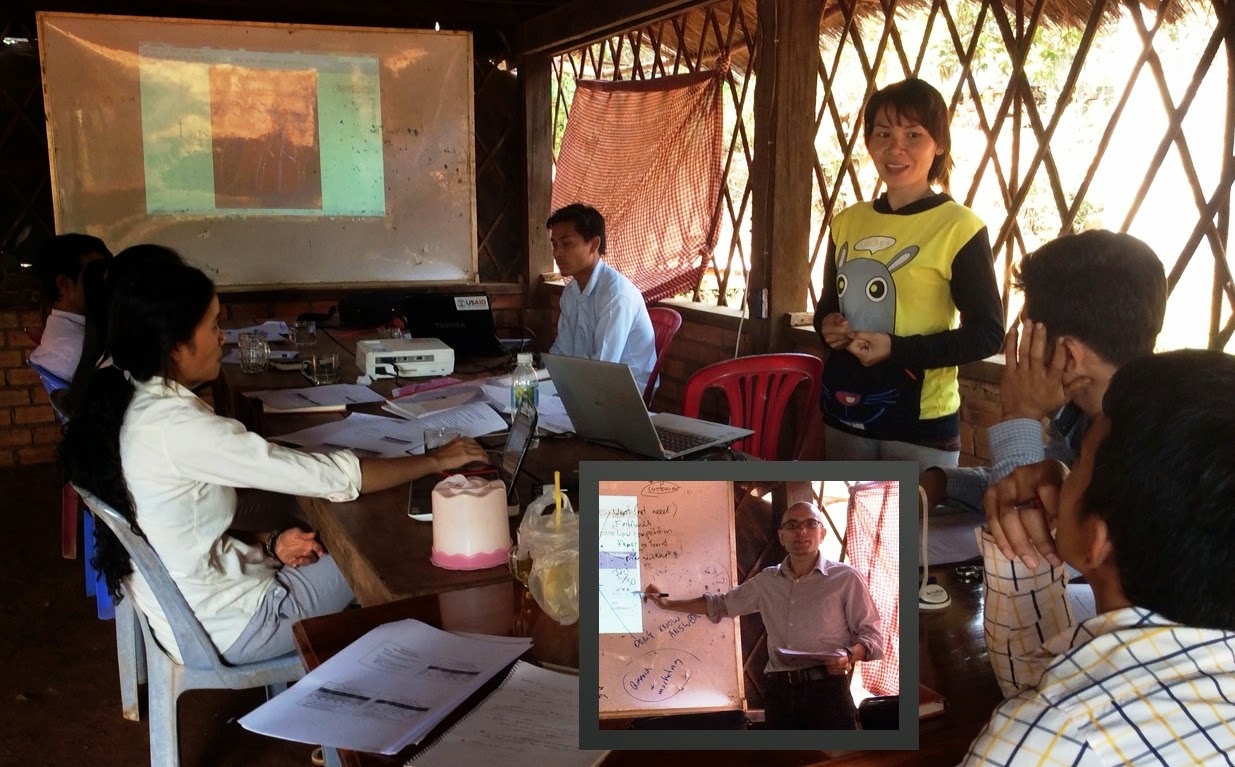 Footnote on Saint Helena:
My paper was circulated around Saint Helena earlier this year on the folly of relying on such a narrow and short-term approach to development. It could do irreparable harm to the Saints' unique culture.  I am of course opposed to the constant belief of UK and other Western aid experts they have the right answers, rather than helping local people devise their own solutions.  My earliest experiences on the island from 1985 showed just how wrong they can be!  For that, I was nicknamed "the Saint Helena Milkman!