Alnwickdote No 15: No good crying over spilled milk! (Part 1) 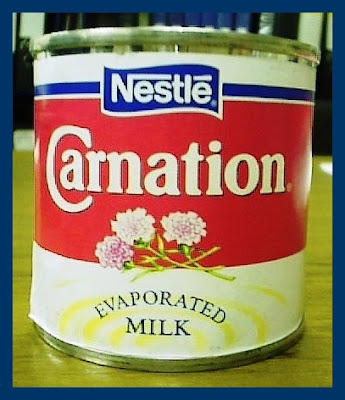 It is usually good advice but many of us in the development aid business have regrets of “what might have been….if only, etc!)  Here I narrate one lament.

I had over the years collected a few pictures that were framed and been given a hand-drawn one of Angkor Wat by a friend who died soon after.  They adorned my office wall wherever I worked but in 2009, somebody took them.  I knew who and where they went but despite all efforts, they refused to return them.

So here, as an Alnwickdote, I am writing them up for posterity. Here is the first, dating from 1987.

Actually in my original profession, now called human resources, my best boss, gave advice inferring much the same.  “You see if there is one thing that we never know it is if another decision would have been better than the one we took!  The employee we did not appoint might have been better than the one we did give the job to.  The guy we sacked could have been a great employee, if we had given him another chance, etc”.

That too is advice worth remembering.

Although I have lost the original photograph from Saint Helena, that was more than a passing resemblance to Andy Worhal’s famous painting of Campbell’s Soup, the image above will do to go with the story that I dedicate to the late Stedson George, the Headteacher concerned:

My Country School (St Helena) class of 11-12 years old were studying geography.  I had given them a project on dairy-farming, or so I thought.  “Please describe where milk comes from?”  The children produced many beautiful drawings of tins of Carnation Milk, but not one of a cow.  Indeed the Island’s children were brought up on “Carnation” milk!

My Headteacher was regarded by some as a “thorn in the flesh” of the local ruling classes.  He also had the loudest laugh and voice among the entire 5,500 population.  He gave one of his biggest guffaws when I showed him the pupil’s work.  Then the two of us looked at the issue seriously.  Our school was high in the hills.  Just below, visible in the valley, was a brand new dairy farm but it was abandoned.  The United Kingdom’s Overseas Development Agency (then called ODA, now DFiD) had funded it, but the milk produced had been too expensive.  Carnation Milk, from another part of the aid budget under control of the Foreign and Commonwealth Office (FCO), was heavily subsidized, and it received a second subsidy through the shipping subsidy that applied to all imported goods.  The same thing applied in other areas – local production enterprises could be supported but they could not compete with imported goods.  One by one they just kept failing! I took up the issue with the Saint Helena Government, the British Governor and the ODA but to little avail.  Years later in 1994 I met in Rwanda the ODA Minister now entitled Baroness Lynda Chalker and we got talking about St. Helena. Immediately she interjected “I thought I knew your name – you are the “Saint Helena Milkman!” Poignently she added “You were right, shame we couldn’t admit it, but you know the policy these days is to end subsidies!
Best person for the job?
Baroness Chalker also took a close interest in why I found myself as did my St Helenian partner in Rwanda and not on St Helena.  I told her that quite frankly the St Helena Government made it clear that they didn't want me there. They had even not once but twice imported young inexperienced personnel advisers, neither of whom had my experience as a third tier officer in UK local government, responsible for personnel management in Education, Police and Social Services.  More importantly the St Helena Government did not respect my partner's wishes as a midwife to gain much more practical experience than the few births a year on the island that she would encounter, there with doctors lacking extensive obstetric skills.  The government refused her application for unpaid leave to gain this experience with Voluntary Service Overseas (VSO) and she had to resign losing her accrued employment benefits. She and St Helena hold the distinction of being the first instance of where VSO recruited from one developing country to another.
The minister assured us that from now on the policy would be that all posts on the island must be offered first to locally-available candidates. 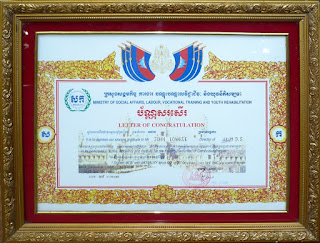 Motive for the robbery?


Whenever you watch those Police dramas, like "Vera" the North-East unlikely-looking lady detective (mentioned while explaining my homepage photograph), they always want a motive behind a crime.  Here I attach a copy of a certificate I was awarded.

Please read Part 2 of this blog to see if this was a clue? Or go to another blog for more of the story.
Posted by ANorthumbrianAbroad