Very often people ask me “What keeps you going?”  There is no doubt that work in the “Aid and Development” industry is a struggle and frustrating. Just ask Nate!


It is like the traditional Cambodian circle dance, the Romvong, you’re not sure where you are going or how to exit. Dancers move continuously, slowly, repetitively in a circle, in a loose group, sometimes in unison.  My friend Gaffar Peng-Meth  often uses the Romvong as an analogy to describe the politics.  I’d like to add a Northumbrian zing to it.

So my chosen career is very much a case of two steps forward; one back, another to the side, so on and so forth.  At times I think of the saying “When the going gets tough, the tough get going”.

Therefore you would not be surprised to learn that it is people who have overcome far greater adversity than me who inspire. Please note there are others, many quiet heroes, who I could also write about.  One who certainly encourages me to "keep going" told me "We know you're not corrupt, not tainted despite temptations - we can see you're not rich and have never changed over the years!"

The first one of course has to be the UK’s war-time Prime Minister Winston Churchill. My earliest years were under his post-war Premiership and I recall his death and state funeral in 1965.  I think his most stirring words to a nation in grave peril followed the Battle of Britain. “Never was so much owed by so many to so few....” .  I find his "enemies" quote [left] apt too.  If you believe in a cause, especially one vital to a vulnerable group powerless for members uphold on their own, then in my view it is incumbent on those of us who can speak up to do so on their behalf. Unfortunately that is, as Churchill says, not welcomed by a lot of people. At times, as I blog elsewhere, it can be dangerous. I would not be able to sleep at night if I did not try my best. 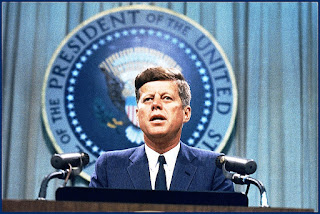 Like many I felt that the world was a less safe place after Churchill had died.  That insecurity as a child was not childish as still fresh in my mind was the death of US President John F. Kennedy, my second inspiration.  Who can forget his much quoted inauguration speech “.....ask not what your country can do for you; ask what you can do for your country”.  Fears of an all-out nuclear war were very real in the 1960s and 70s.  I still recall the official film “Protect and Survive”.


It is said and true that you remember your teachers all your life.  Some of mine certainly left their mark on us*........  I can’t say that any single one left a lasting impression above all others. One I would acknowledge left a phrase indelibly on my mind that readers of my blogs will recognize.

Little Dave Watson was one of three of that name in my time at at the Duke’s School, Alnwick. Another was the PE teacher, Raffy, least said about him the better, and the third a Prefect.  Little Dave was the most versatile of the staff teaching several subjects.  He used to admonish us. “You should not laugh at other people’s misfortunes!”  But we did.  He was referring to one colleague we all had nicknamed “Peg Leg”.

Many years later when working with disabled people I quoted him often.  Cambodians even now are derisory towards them. In fact they do the same, nickname people, address them in insulting terms based on their disability. A group of my colleagues and clients so insulted in public had the bravery to register a defamation complaint.  The Police investigated and concluded that it was true.  However, after a high-level visit to the court, the Prosecutor decided to take no action*.  If more recent reports in the local press are credible, my friends are not the only ones to receive his brand of justice.


* This nuanced comment will not be lost on those in the know. 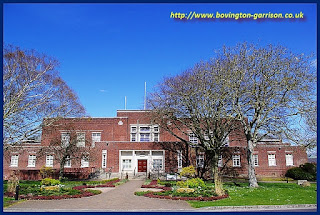 No doubt here who was my best boss and from whom I learned most.  Jim Clare was Dorset County Personnel Officer. He was also Chairman of Dorset Football Association and supporter of Arsenal and Bournemouth – he actually predicted Bournemouth’s rise to the top. (Jim's successor was, shall we say his opposite, though I should thank him. His conduct towards me led to my resignation; overseas trip to St Helena Island, and the rest of my life as they say is history!)

“When we get over this hump” Jim at internal meetings would say, meaning when the current high workload died down, we could tackle some long neglected issues. (We never did get over that hump, it was and is part and parcel of work.) At my first internal meeting, because I was new to the team, he announced a re-allocation of the responsibilities for advising departments/services. Defying all logic, and much to the pleasure and relief of my new colleagues, denoted in their beaming smiles, he told me: “John, you are the youngest and have most to learn – you take advising the Chief Executive, one Kenneth Abel CBE.” Jim continued “Now this lot know that all of you can always count on my backing out there, even when you're wrong. If you are wrong, we come back here and we discuss it between us.” The smiles suggested that Mr Abel was not the easiest of people to deal with or to cross.  I was soon to learn that and test Jim’s backing.

Ruth, our employment contracts administrator, asked me to check an employment termination letter to go to Mr Abel to sign. “Who asked you to do this” I asked. “Marilyn, Mr Abel’s Secretary”.  I went to see her. She confirmed that he had indeed dismissed the employee that morning. I asked to see him but he was busy. “Sorry, I need to see him. This letter shouldn't go”  Gingerly she went in and after a while I was ushered in.

“Well, Lowrie” – he always used surnames “What is it?” “I believe someone may have misunderstood, they say you want this letter to sign and send?” “No that is correct, I terminated him.  Clear-cut case!” And with that he returned to studying his papers, in a gesture to indicate I should go. I stayed. After a while he looked up “Well? ”We have a slight problem. I don't think you can do this, Sir. There was a recent case at the Employment Appeals Tribunal called 'The Phantom Football Match'. I have a copy....". “What!”  He immediately summoned Jim on his loud-speaking telephone. Jim arrived promptly with the diminutive Director, Jack Hanson.

The three of us stood like errant pupils before the Headmaster. “Lowrie tells me as Chief Executive, I can’t do this.”  He waved his letter.  Jim looked at Jack, Jack returned the look, and then all three looked at me. “I think......the Council gives authority to appoint and dismiss this employee to the Director of Social Services.......not the Chief Executive! We could lose a case of unfair dismissal.” There was one of those interminable silences before another “Well?”

It was clear that Jim and Jack had been there for this kind of thing before. Jack left it to Jim who said “Yes, Sir that is my advice too!” Silence again. The letter was thrust in to Jack’s hand. It symbolised that we could all go, not another word said. Jack, however, did want the last word as he departed through the door. “And I’ll thank you not to meddle in my department again.”  The guy was never sacked in the end, as decided at a properly constituted disciplinary hearing.

No way could this happen in today’s Cambodia.

Then from time to time you do come across successes....., making things worthwhile (like this example in Rwanda). So..... 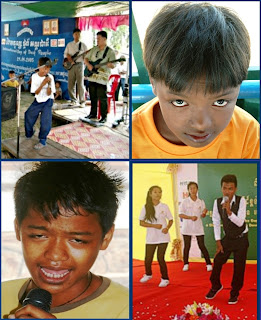 There are many deserving clients in four developing countries.  However, Kosal, probably deserves the accolade because of the hardships and handicaps he has overcome. Readers of the New Horizons Society website can look up where he came from back in 2003 here.  He was disabled, from a poor family, his father drank heavily and died probably of HIV/AIDs.  He escaped home, skipped school, to beg by singing – and this is how we found him.

Kosal has never stopped singing since.  A lot of people found Kosal to be tiresome.  He could be hard work so was lucky that patient people persevered with him. Aussie volunteers Fran and Jon Digges encouraged him to develop his singing; This led him to be one of the first students at EpicArts in Kampot. 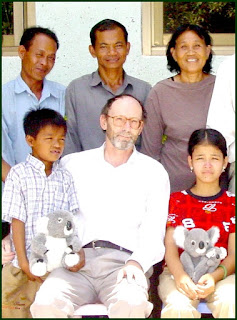 It also took much effort to get him to complete his schooling with our Executive Officer Keo Chet. constantly on his case. And yet we all knew that he was bright enough with potential to succeed even if at times it seemed elusive. Then suddenly as he attained early adulthood he blossomed.  He is an object lesson of a late developer. People shouldn't be written-off too early.

Kosal rationalized that he would have a better future in religion and Opposition politics and Christianity were for him.  He was the stage singing star for HE Mu Sochua’s 2013 successful election campaign.  At this time he suddenly matured and blossomed in early adulthood. His campaign song can be heard here:

Kosal in 2003 not long after we found him or he found us. Sophat (back right) was his first community facilitator. My wife Viraden had just bought him his first new shirt and trousers. He calls his first child after her.

Our most successful life-changing projects are where we help to transform an individual’s lot in life and that of his or her family. They must have a permanent better income, better health, better prospects, and reduced or no risk of slipping back in to poverty.  Kosal has not only achieved that but remarkably he has accomplished something beyond any of our more privileged salaried staff, actually putting some of them to shame.  He simply copied our model of Computing and English classes for poor students.  He uses his social media skills to crowd-fund. And as you see from his Facebook, he now has several centres and hundreds of students. He is even ( he tells me) a respectable married man. You can download an MP3 of Kosal here.


Kosal sings about his life here too - in Khmer;


Update from Kosal in response to this blog - his latest venture: 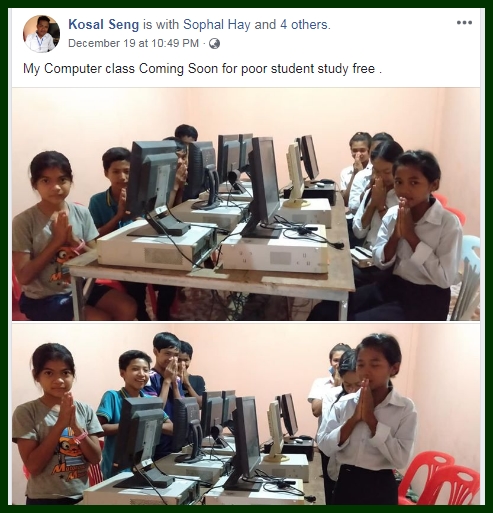 We come to the unsung heroes.  These are the ones who just get on with the task in hand and never seek recognition.  Actually that is not a bad thing in Cambodia where it is not normal to express great thanks or appreciation.  They will know that I am talking about them - the workaholics; dedicated to the cause, and genuine altruists. They literally do live out their lives, sacrificing everything including at times their own health.  I respect and envy them even if I stand no chance of keeping up with them.
Now there is one thing I want to say to get off my chest.  No doubt that the UK Honours System seldom recognises real heroes and heroines who do things "beyond the call of duty".  Too many are people just doing their job or have some prominence. One thing for sure is they must conform to the establishment. I don't think any "whistle-blower" has ever been rewarded no matter how important the revelations. 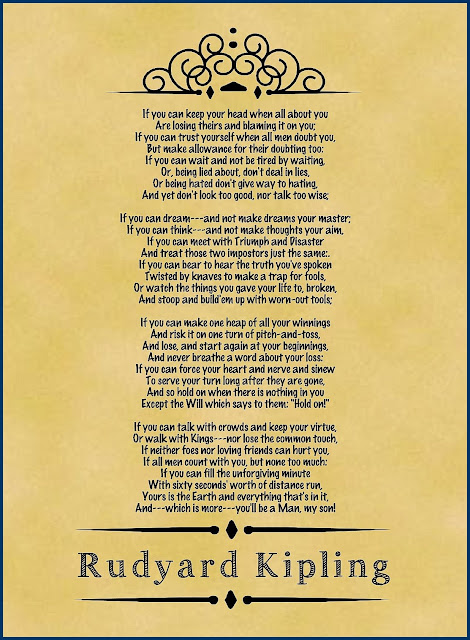