Privilege, wealth and inequality - no, I am not this time talking about Cambodia, but my home town Alnwick in the UK, thanks to the circuitous route of a Washington Post article reproduced in the Cambodia Daily.  The article (copied below) traces the landed gentry status of the Duke of Northumberland, who even today has inherited vast ownership of lands and business interests, plus to go with it considerable influence in public affairs.

Now what the article did not include was the controversy that accompanied the plans for the Alnwick Gardens.  In this sense, Cambodian-watchers will see something more familiar.

"Should those who are savvier and nobler than thou," Mary Keen asked, "attract so much more money than those who are apparently more deserving?"  Mary, a garden designer and critic, posed the question on behalf of many in the area.

The Duchess of Northumberland replied “The garden is doing great things for people, who live in Northumberland and the North-East." She was speaking after she was turned down for UK£25 million grant (US$39m), or to be exact her charity was, “The Alnwick Garden Trust”.

Despite that over the years the Trust has been successful in raising funds from public and charitable funds - see this blog.

Personally, although I respect that it is a charity, I would far prefer to see a clearer separation of interests.  At the end of the day who really owns the land and facilities?

In this sense, if the UK is to set a proper example to the outside world, especially in countries struggling to establish universal ethical standards, then surely we should do better, shouldn’t we?

And if you are in any doubt, I am firmly in the camp where discrimination of all kinds, including class, should be a thing of the past.  Who can ever forget a classic British comedy sketch that probably marked a watershed, if not quite a final end to class distinction.

It is interesting that I also see that a Saudi Prince is joining Bill Gates in donating his wealth to charity.
Surely it is better for the wealthy - including aristocracy - to give to charities than to be recipients?

For an earlier controversy, and some fun, involving a previous Duke, please go to this page of my blog to read about and see “The Farmers’ Folly!”

I blog more about Alnwick and Harry Hotspur here:

Sadly, the Duke’s School reunion may be the last, unless a new organiser can be found.

I wonder if any local historian can cast light on why the inscription was chosen above the arches of the Duke’s School in Alnwick, (a listed building)?

"Nisi dominus aedificaverit domum in vanum laboraverunt qui aedificant eam"
(" Unless the Lord build the house, they labour in vain that build it ")

It comes from the Book of Psalms, Chapter126:
Nisi Dominus. Nothing can be done without God's grace and blessing.

Good to see that "Northumberland Estates" recognises and is addressing poor relations with local communities. However much needs to be done to remove the suspicion of conflicts of issues with the overlap of charity and commercial activities as well as the way it - and the Duke and Duchess - appear to enjoy favourable treatment in public decision-making. 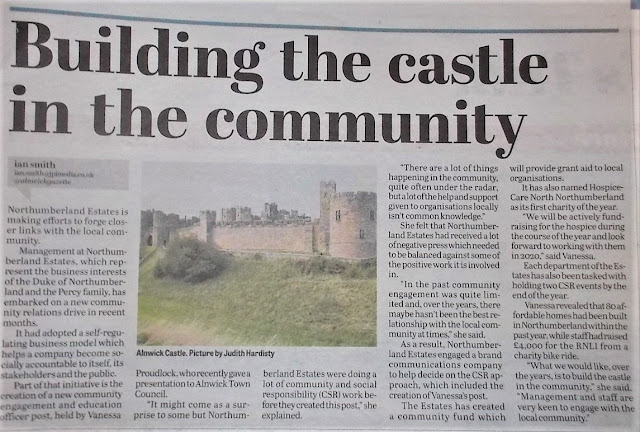 Of course although inheriting vast ownership of land and property is normally good fortune, occasionally it is not as the Duke of Northumberland found to his great cost in 2012. A culvert he owned in Newcastle collapsed and cost him £10m.

Yet despite that is it not incongruous that in the small town of Alnwick in which the Duke resides and owns much land, property and rights, there has to be a Foodbank for local poor people?

Local residents opposed to the plans for the Duke's School site must register them by 21 March.

The same issue and principle that prompted this blog has arisen again. "Alnwick Garden" has won a major new public funding award. Questions are being asked as explained in this article in the Journal and Chronicle with the Garden's response.

I still maintain that for the United Kingdom it does not look good to an outside world where we criticize corruption, nepotism and cronyism. It is hard to believe that this funding has been won on its merits and there is no conflict of interests. If the project is such a good plan then it would be viable commercially and not require taxpayers' money. 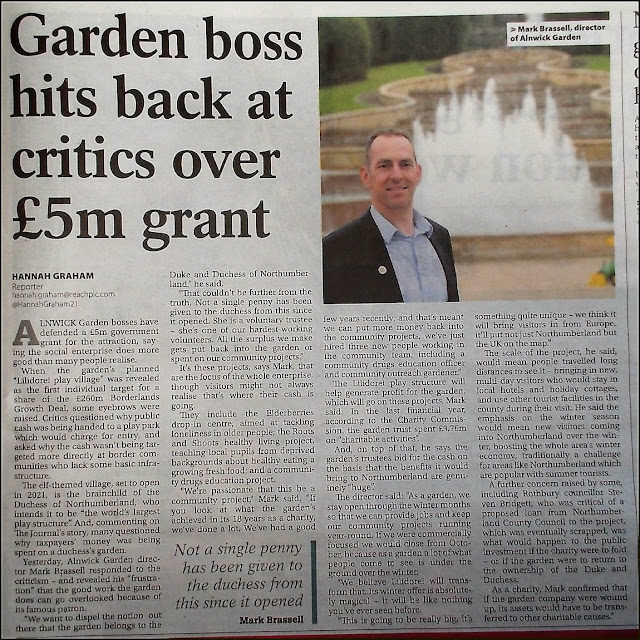 Plans to develop the Duke's School and grounds are published today.  Interesting that they are to be for care facilities - so the question is what is to be the balance? Will it be for the for-profit sector as a lot of the UK's provision is heading?  What will be devoted to the not-so-well, some of whom might have toiled on the lands owned by the Duke? 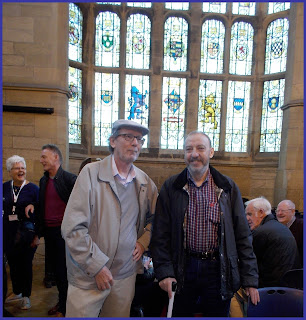 Thankfully the above wasn't the last reunion.  We had another one and that is most likely to be the last because the building and grounds are being handed back to the Duke (Northumberland Estates) no longer needed for educational purposes.  The numbers attending were smaller; inevitably some of our peers having moved on, but the same conviviality was enjoyed by all.


You see that lad seated far right just above?  Well here he is, or was, with me last Saturday, in the Hall, like old times! [The one and only Neil McEvoy.]

Have the intervening years taken their toll on us?* 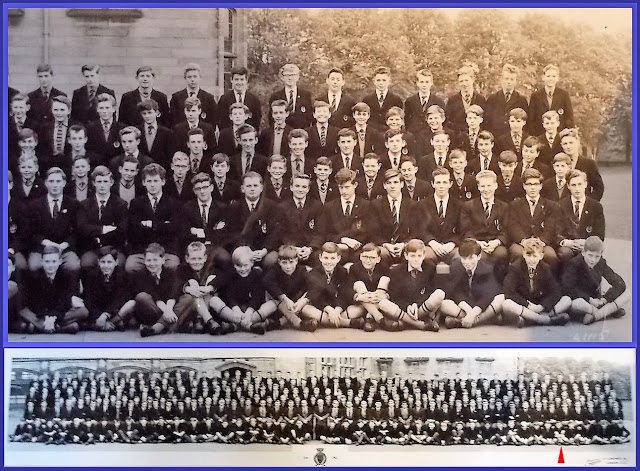 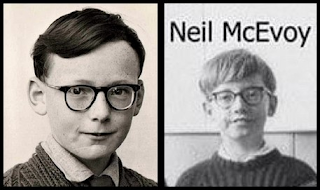 *  Passport photographs show the "transition" every 10 years or so,  as in my "About me" page.

I would like to commend the Duke's Middle School on preserving much of the school from our day. We could find our way around as if it was yesterday, not a time long ago before Colour TVs and the internet. One thing did sadden me.  Yes, I know you had to cater for younger pupils, but did that wonderful library have to go?  Surely every child could not fail to be inspired by it, the books, the special smell, that still lingers even when those contraptions with built-in fans become the lazy man's source of information.