Alnwickdotes: No 3: “Right over Might?” When the little person prevails?

When the little person overcomes the odds, against stronger and formidable foes, it is a clear sign that justice can be done.  Seldom does this happen in Cambodia.

Alnwick, or a certain lady in Alnwick, Lisa Aynsley*, proved that this can be done.  She took on the might of leading Premier League Football Club, Tottenham Hotspur – and won!  The club had the cheek to think that it had ownership rights over our own famous Harry Hotspur.  Henry Percy was born in Alnwick on 20 May 1364, the eldest son of Henry, 1st Earl Northumberland.  He was given the name of "Harry Hotspur" or simply "Hotspur" due the speed and ferocity of his attacks on the Scottish borders.

Now, to be honest, it is inconceivable in today’s Cambodia for the rich and powerful to give way to any little people.

That is why human rights; justice, and good governance are still a long way off.  I find it unacceptable that the UK Government chooses to ignore this fact because it wants to promote trade!

Sometimes, many of us in the aid and development mega-industrial complex do not help to get the message across.  The World Bank, UNDP, and others sometimes actually say the right things.  The problem is in how they say it.  Too often, their words are couched in language that only post-graduate English scholars can read.  A cursory check using the “readability” tool soon tells you that.

How can they expect sense to be made of it, especially when they write about initiatives intended to benefit little people?  Few native-speaking English "little people" readily understand such English, let alone Cambodian ones for whom it needs to be translated in to their language, and in a context that they might comprehend.

Harry Hotspur's statue in Pottergate, Alnwick.  This is where my mother's family once lived.


* Lisa has become quite a celebrity taking part in national TV advertisements. 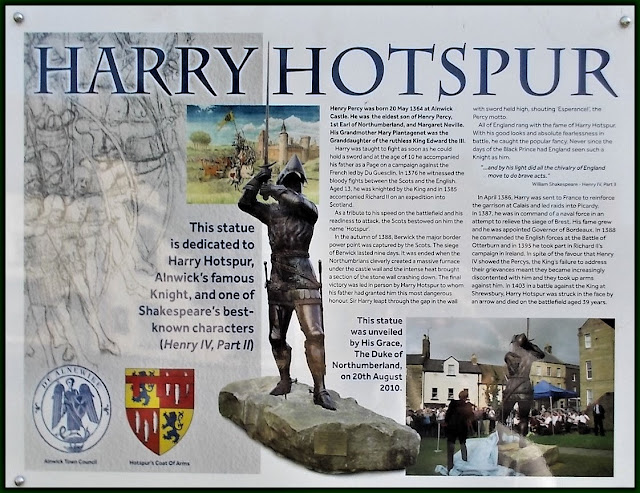 Update December 2020
Hotspur 1364 shop has moved not far away to new premises where amid the gloom of a very dark and damp #Covid19 Alnwick, they have emblazed the court-yard passage-way with Christmas disco-lights.  As Aussies say "Gud on yer Mate!". 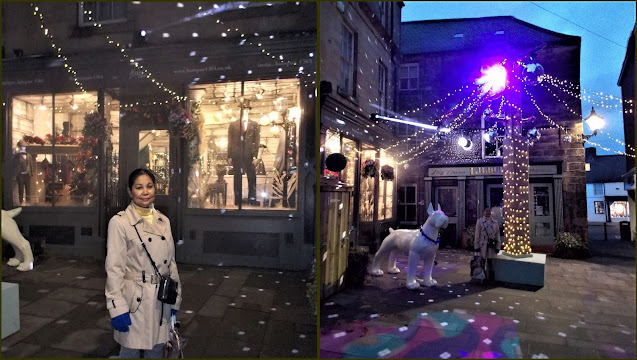 A similar well done must be given to "Barter Books" who have been giving Alnwick one more claim to fame.

They re-disovered the original World War II poster that has now been copied and replicated with variations all around the world, including Cambodia!  They have also lovingly restored our old railway station.  What a treat it is to sit by the real coal fires in the old waiting rooms. Hark back to a blessed childhood. (And just Count Your blessings!)

A little light addendum - keeping them out Alnwick-style. 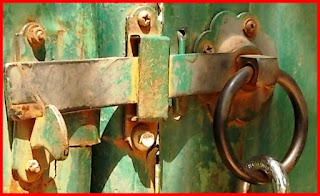 This is a feature you see and use everyday, taking for granted in and around Alnwick.  I brought one out to Cambodia 14 years ago, where although it's showing its age, it still works despite a lot of use and abuse.  The humble latch catch just does not exist here.  In fact it is a very effective first-line security weapon. When a local tries haplessly to get in through the gate, the second-line defence (the dogs) are activated to alert us to the visitor.  Yes, hardly any Cambodian knows how to work it with a simple twist of the handle.  A gift from Proudlock House & Home in Alnwick to the Far East!