Foreign Aid – Is it just an illusion? 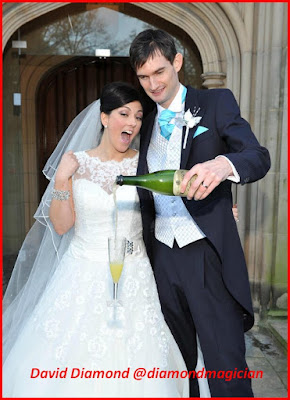 This blog is one in a series around the theme of "Smarter Aid".
The original blog has now passed 50,000 viewings.

Just down the A1 road from me, in Morpeth Northumberland, lives magician David.  But for fate and circumstance, he might have trodden the same path as Nate and myself, in to the equally mysterious world of aid and development.

I can’t help thinking that there are many parallels between his craft and ours.


There is one big difference.  I don’t think David has dropped his champagne unlike what happened -  captured on video with a loud crash - when Australia and Cambodia clinked glasses on one more illusory aid and development deal.  David's attraction? “I was fascinated by the world of “Con Artists, Swindlers and Pickpockets”.

I was aged around 10 when a predecessor of David visited our village of Longhoughton.  He performed in the Women’s Institute (WI) Hall, in the days before TV.   He was sure of a good crowd.  Beattie Baxter and I shared and suffered a similar fate.  He plucked the two us from the audience, much to the amusement of everyone else glad not to have the dubious honour.  I got off quite lightly, but Beattie was cut-in-half.

Around the same time, our story-telling teacher introduced us to the Arabian Nights and images of a faraway desert. I recalled her stories years later in Saudi Arabia. We were stranded, car broken down, watching the sun set over the dunes, as we waited hours for a rescuing vehicle to come by. Who can forget too the image in the 1962 classic film Lawrence of Arabia of Sherif Ali (Omar Sharif ) slowly emerging from the mirage on the far horizon.

So by the age of 11 I knew about mirages and illusions, or I thought I did.  Today I am not so sure. Maybe the truth rests out there, like so much these days, on the internet, with a hotel group combining the two words.

In my mind the two words do combine admirably when thinking about the aid and development mega-industrial complex.

Author Sebastian Strangio weaves the word “mirage” in to every chapter of his book on the subject, as a recurring theme, in his illusive search for truth.  He returns to the word “mirage” time and again, ending the detail he has just picked apart.  His book is masterly in factual accuracy as he unravels his narrative.  It could be my memoir of 18 years in Cambodia, as for many of my peers.
Stephen Solarz’s “Miracle on the Mekong” now reads better as “Mirage on the Mekong”.

I personally witnessed many of the events Sebastian scrutinizes.  I certainly know or knew (sadly, those no longer with us) very many of the characters. I have been an active participant too, if at times a reluctant one, just like that first experience on the public stage.

Sebastian is right.  Far too many presentations of aid and development are no more than a mirage, an illusion, and a misleading façade.  All kinds of jargon and idioms mask realities. (For an in-depth study on the subject, take time out to read "Workplace Bullshit" by Ian P McCarthy and colleagues.)

Sebastian is not alone. He has an ally in fellow Antipodean Nate Rabe who may never have set foot in Cambodia.  Based on his forays elsewhere in the world, he has called it a day, disillusioned, after 30 years in the aid and development business. He’s posting a series of blogs on @devex as well his own “Lifeafter Aid” blog.  It is well worth a read and worthy of merit and constructive reaction.

The words of a song come to mind.

“Could it be that it's just an illusion
Putting me back in all this confusion?” 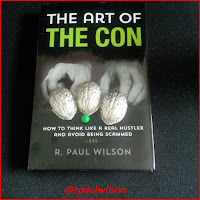 Sebastian, Nate and I agree on one thing.  If there is no real true political will to change things for the better – on the part of both recipients and donors – aid and development will always fail.

For my own part, I learned this in Cambodia by 2001, after four years of promoting “good governance”. There is only one real lesson for good governance.  You should consult someone before making a decision that affects them, and take in to account what they say.  I see no evidence of that in today’s Cambodia, quite the opposite. All those officials I trained understood the lesson. But they would shake their heads, indicating “that’s not how we do things here!”

There is one area that stands out, much loved, much touted and generously funded.  “Decentralisation” has been a “key” reform since the 1990s.  Today, not one ministry has delegated any major responsibility; function or operation to local authorities.  Commune councils are supposed to be independent autonomous authorities.  In practice they continue as a lower level of government and of the ruling party.


One factor in the aid and development spectrum between reality and illusion is “embellishment”.  I raised this in one article that is still well-accessed.  This is the practice of talking up achievements, while talking down failures, even to the point of disregarding them.  As I described in another blog “failures are finger-posts on the road to success”.

Unlike Nate I am not yet giving up the arguments, but my time too is coming to an end after 30 years.  Younger, brighter, keener people must acquire the courage to emerge from the mirages. They must avoid the trickery of somebody else’s illusions. It would be a nobler path even if imperilling careers; rewards and awards.

At the end of the day, there is only one simple truth and it is easily measurable.  Any form of aid and development intervention must demonstrate real lasting benefits to the world’s poor, not just on paper, but on the ground 3 years, 5 years, many years later.

Until it does, it will remain a mirage, an illusion!

August 2016 Update - Many a true word spoken in jest. Here is an amusing commentary about "foreign aid" that informs much about what goes on in so-called evaluation processes. I myself was in the dog-house for blowing the whistle on one where the "independent" analyst failed to mention that he founded one NGO and was still on its Board. He praised it three times in the executive summary.

July 2020 - a similar humorous, cutting but equally accurate description is given by Desmond T Bunjam in the British Medical Journal. "How [not} to write about Global Health".  He's obviously well on his way, admirably-qualified, to head the Global Fund to Fight AIDS, Tuberculosis and Malaria. (Please see my Twitter Moment.)
August 2021 - insightful article distinguishing between "donor-researchers" and "recipient-researchers".

Mirage  (Children's Encyclopedia (Ages 8-11))
A mirage is an image that looks real but is not really there.
An illusion is something that is not what it seems to be. Illusions happen when a person's eyes, ears, or sense of touch are deceived, or tricked, in some way.

You may also want to try the Foreign Aid "jargon-buster" to see your way past obstacles to sensible understanding of the sector.

For readers new to my blog or to me, here is a quick summary of my 30 frustrating years in aid and development:

Saint Helena, a tiny island in the South Atlantic, is where it started, where I first encountered “experts’ (“who just pass through” according to Saints), who failed to pay attention to the locals.  Recent events prove that this is still the case there today.  I found two UK government departments operating at cross-purposes.  One wanted to get Saints to drink fresh milk, despite having no taste for it, by “giving” them a dairy and cows.  Meanwhile the other continued to subsidize imported canned milk that Saints had grown up on.  The dairy venture failed. The UK government has now decided to splash out on a new airport but without the extra investment needed to make sure that air services can be viable.  Then in typical colonial patron-dependency fashion, they arbitrarily chose Johannesburg as the base.  They not only severed centuries of commercial and cultural links with Cape Town – a far more attractive destination – but alienated all the Saint Helenians based there and the Capetonians with strong ties.

Malawi, is definitely one of the poorest and most challenging of African countries,  My project was not helped by an associated massive World Bank project for women in poor fishing communities.  It was meant to help them diversify in to other incomes.  The main “accomplishment” before a cent or kwacha reached any of the women, was the loss of most of a fleet of brand new Mitsubishi Pajero SUVs.  One was given to each district fishery officer only to be crashed or abandoned. In another project, a donor, in its infinite wisdom, gave out under-sized condoms.

Rwanda was next.  I have one abiding memory above all others from the midst of the crisis and tragedy.  The “Mille Colline” Hotel (of the famed Hotal Rwanda film), and every other hotel in Kigali was jam-packed full of the world’s media and every conceivable entity in the aid and development industry.  Meanwhile, I was leading one of just 3 NGOs actually operating on the ground with the refugees.  But the TV images told a different false story.  That was where I first met the “suitcase” NGOs, dubious aid-mongers that have reappeared again of late in Cambodia an industry not needed of “orphanages”.

Cambodia?  It would be hard for me to select any one similar case of abuse in the aid and development business.  There have been so many.  You can read about them in this blog or do a quick internet search.

So let me end on a positive note.  Why do some of us “hang in there”?  Well the answer is at times our efforts are worthwhile.  We can make a big difference to people’s lives.  I can say without any shadow of doubt that investments in poor families do work.  From my project in Malawi, via Rwanda, and in almost every province of Cambodia, there are successes, if not enough of them or consistently.  In controlled situations, community/family self-help group enterprises, have worked for 85% of the time.  That proportion allows them to carry the 15% failure.  However, if that control reduces, so does the 85%.  In my view the only control that works comes from beneficiaries themselves, working collectively.  Unfortunately, almost all projects are controlled by NGO and public officials, even after the books are closed.  So in Cambodia where wealth percolates up, not trickle-down, there is only one ultimate outcome.

One exception is a young lad Kosal who simply copied our model of providing English and Computer training to poor children.  He came my way, to go through that process, after finding him begging.  Today, by dint of his own effort, without a development expert in site, he is supporting four such centres.  Quite frankly, more good would come by money going there. Please see his Facebook.

My most popular blogs (so far):