Doing exactly what it says on the tin: #Foreign Aid amid #Covid19

Today many people are housebound, at a loose end, because of the lock-down due to Coronavirus. This should give them the opportunity to reflect on its implications, the latest news, and all kinds of issues, while passing time watching television.

Today UK charities are reporting that they are facing a £4 billion shortfall (US$ 5% billion) in donations. The lock-down has meant their main sources of revenue from charity-shops and sponsored runs have all dried up as people can no longer gather in public. The hiatus extends across the world. Many development projects will grind to as halt. Few foreign aid donors will make provision for continuity, let alone allocate urgent extra funds needed, although a good lead is being given by a few pioneers.

The drastic loss of funding is bad enough but will it be compounded by money going to other charities who may not be as deserving in the current situation?   Simply put are they already capturing or best-placed to hog the new expanded television audiences with their evoking images and advertisements?

Indeed some of us have been worried about this method of fundraising by charities for a long time.

A quick compilation of TV screen-shots shows one image above all others – a black child suffering or in a dire situation portrayed to evoke your pity. They have been compiled deliberately to implore you to reach for your telephone to give a small amount of money straightaway.

Our objection to this image is that it stereotypes “the third world” and Africans in particular, even causing offence, as if they are all like this and totally helpless.  Besides poverty blights every country even rich ones.

The image also reinforces the post-colonial “white saviour” mentality that many in the Western world know better than local people about their problems and solutions.  Few donors know how small is the actual amount of Foreign Aid money that ends up with “target beneficiaries” - just 2.1%.

The truth in developing countries is quite different as actual development aid practitioners in the field can vouch. I do draw a crucial distinction between them and the largely desk-bound corps of people in aid agency and organisation offices. Most “beneficiaries” are perfectly capable of deciding on their own what are their problems, priorities, and solutions. They can tell you what help they need. They can also be trusted on the whole to make proper use of that help.

Beneficiaries are seldom gullible even if some are vulnerable.

Original TV donors by contrast are gullible and in some cases just as vulnerable, taken in by heart-string-pulling TV advertisements.  Indeed given that other advertisements in the same time-slots include funeral plans, there is an implied message to them to do some good while they are still alive!

They have no well of telling or finding out which cause is best.  I  am pretty sure (as a field development-aid practitioner) that one of the 16 captured above provides best long-term sustainable outcomes.  But who else knows.... and cares?

All of the advertisements are tuned to make it very easy to act on impulse. It's just a simple click.
One tip I can give you is the more polished is the advertisement, the product of slick marketing, the more wary you should be of both the cause and organisation soliciting your money.  For example the world's conservation NGOs, all household names, with royal and celebrity patronage, produce many of the "best". Yet here's a little-known fact.  They have all been operating in Cambodia for decades, all with expensive offices, equipment, local and expatriate staff and yet despite their presence large-scale deforestation has gone on unabated throughout and to this day.


Not only do they invite folks “to give just £2” or whatever with a simple text message on their phone, but actually the same click can set up a regular payment plan. Only in the small print at the bottom of the advertisement does it say how to unsubscribe, not easily read even if your eyesight hasn't declined with old age.  What a rigmarole. Some folks might not even notice their telephone bills have gone up.

Even more sinister is some charities even say that by texting them you agree to receive telephones calls from them to tell you more about their work, and to part with more money.  I know of several elderly folks who have felt harassed by calls to give more than their original modest gift. 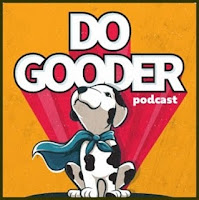 I need here to acknowledge the bright idea of a colleague. To do good you must learn first how to do good. Leigh Matthews is running an excellent series of podcasts on the subject.

Is there any other case where people part with their money and have absolutely no way to see how it's spent? Personally I feel that the regulator, the Charity Commission should be more active. There needs to be a way by which more careful informed decisions are made, for better “good to be done”.  There should also be more independent scrutiny so both original donors and ultimate beneficiaries are protected.  There is an argument too in an emergency as now, the charities through their co-ordinating bodies, should look to share and prioritise funds - rich ones that have accumulated reserves and can depend on well-heeled supporters should be prepared to help others.

Charitable giving should not be left to chance nor to human impulse and clever TV advertising.

Today the UK Government has announced what was inevitable news that UK Aid is to be drastically cut and that is despite the onslaught of Covid19 and its devastating impact at home and abroad. Many charities are highlighting this to appeal for funds. I've seen just in the last 24 hours many for various causes from animal welfare, to clean water, eye-care and research for chronic diseases and a nebulous glossy one for conservation.  Just now I've seen the only one that I know is absolutely genuine, meets an immediate need on a monumental scale, and ought to be highest priority. The problem is few UK TV viewers have this knowledge and many of them have been conditioned to "charity begins at home".  Yes, by all means do give to Food Banks for hungry families, but please don't forget homeless hungry frightened children and families all in danger of their lives. 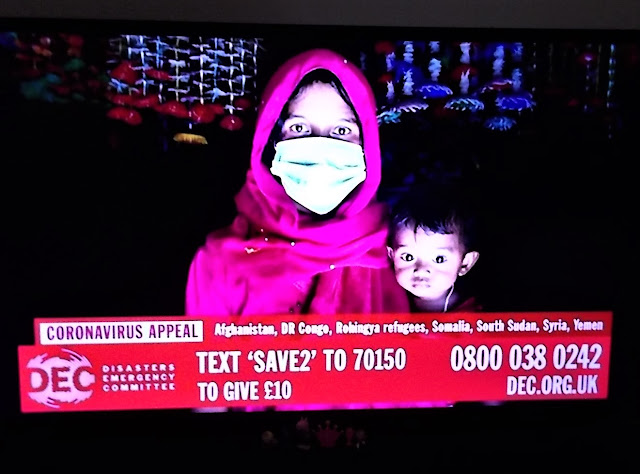 * This phrase is actually a registered trade-mark, originally for a successful TV advertisement campaign, and then coming in to common use in the UK that a product or service "lives up to its name" .

Please note that I have used conventional foreign aid terminology like “developing country” and “target beneficiaries” as these are in common use. They are actually part of the problem, detracting from the partnership of equals approach that should characterise the sector.