Governing well, or not so well? 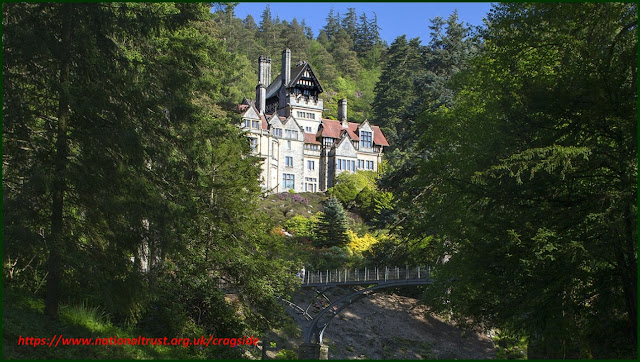 William George Armstrong, 1st Baron Armstrong CB FRS (26 November 1810 – 27 December 1900) is one of Northumberland’s most famous sons, and whose home Cragside, pictured above, remains one of the county’s most attractive venues for visitors.  Not many people know that despite his brilliance he was an early victim of poor governance.

“When in Rome do as the Romans do” may be sensible advice generally, but it should not lend itself to human rights and governance.  We are all supposed to share universal and inviolable rights, aren’t we?

Now this blog is going to be quite unusual in that it is not a grumble about Cambodia, but it does suggest that countries like the UK do allow Cambodian ways of doing things to creep in, for lots of reasons, such as expediency.

Let me begin with a simple question of "ACTIVE" Northumberland County Council.  Is this good governance?  Out the blue, a letter purporting to come from them but sent from out of the county (unexplained) was sent to an elderly lady, causing distress.

Now irrespective of the merits of the case – the facts were wrong by the way – the letter is not signed personally by an official and no name is given of who is responsible and accountable for the action. 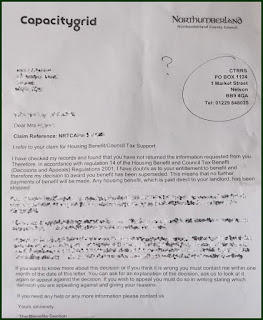 That letter came at the same time as another one from Northumberland County Council to me, also unsigned and unnamed. It told me that they would not respond to me, to my email, unless I wrote a letter to them, personally AND signed.

So there we have clear breaches of principles of good governance – not consulting people prior to making decisions that affect them; not showing who is accountable, and imposing contradictory standards.

A few weeks later, I returned to Cambodia, to discover that when we were away, my Cambodian wife’s nephews had got nowhere in applying for their UK entry visas. They decided to wait until we had returned. The system had been changed since one of them had made his previous visit. That time, we completed the form, collected the supporting documents, and gone to the Embassy. Consular officials checked, the fee was paid, and hey presto, two weeks later he got his visa.

Apparently that system had to be replaced. Instead we have one that boasts to be “more streamlined”; “increased value for money” “user-friendly” and “a first class customer experience”.

The first task is now you have to complete your online application, meaning of course that you must have good internet and English skills, as well as broadband connection.  If completed satisfactorily, a process that took us 4 hours for the two boys, then you paid the new higher fees £170 ; US$230 each) online with your bank card (no cash facility) and the procedure allowed you to book your interview.

So far so good.  But here is where people familiar with public service in Cambodia will notice similarities.

The two boys with their father, after arranging time off from school and work, and armed with their clutch of requisite documents, showed up for their interview.

“Tut tut” was the expression on the face of the receptionist (gate-keeper).  “You have made a mistake.”

Now in any Cambodian public service you know that this is the usual first reaction.  The “mistake” usually spotted with glee is meant to elicit the question “Oh dear, how can we solve that?” And everyone knows the answer.  Such rent-seeking practices on the part of officials were of course explained by Caroline Hughes and Tim Conway in “Understanding pro-poor political change: the policy process Cambodia by Caroline Hughes and Tim Conway, Overseas Development Institute, 2003”, ironically commissioned by the UK Government.

“You have completed the wrong form!” He told them to go away and do them again. Their interviews were arbitrarily cancelled.  They telephoned me.  I asked them to return to the gatekeeper, and ask him “Please write down exactly where/how we have made a mistake”.  He refused.  They called me again. I asked them to repeat the question to him.   I wanted to speak directly to him.  He refused to agree to do so.  He did write down a link to the website to start entirely new applications. Presumably the £340 already paid-up is forfeited,  as a new procedure means you have to pay again. (Of course you could do things the Cambodian way and find some willing agent to oblige?)

I therefore returned to the “world class” online procedure.  There are indeed facilities to give feedback as well as a new online complaints procedure. I want to know how is it possible to complete the wrong form in an online procedure?  I completed both facilities. For good measure I also forwarded the contents to the UK Home Office, plus the former Foreign and Commonwealth Office and Phnom Penh Consular Service offices, whose previous administration of visa services was deemed to lack world class credentials.

My online complaint received an online acknowledgment on 10 July: “We aim to reply to you fully within 20 working days”. As there was no reply by the end of July, we submitted another one, with the same message. Apart from that, nothing, so far.

So here we are, with just a month to go; flights booked (on Emirates, Arsenal sponsors); insurance paid, plus the £340 visa fees out-of-pocket.  Held to ransom and two very disappointed boys.  They only wanted to go to the UK to improve their English and see Arsenal play at Hull City.

And folks in the UK still think that it can teach the rest of the world about good governance? 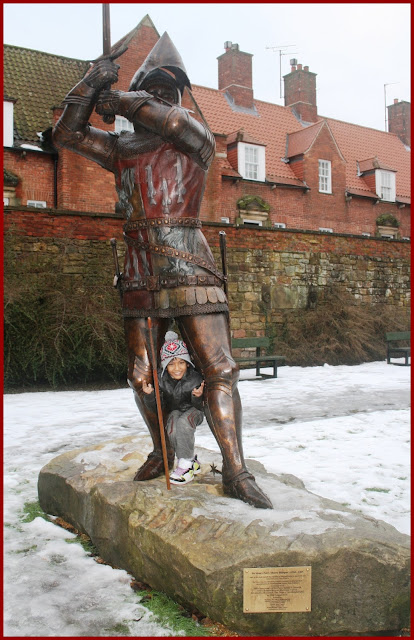 "James" one of the Cambodian boys taken in 2010 by "Harry Hotspur" statue in Alnwick.  That visit - he loved the snow - sparked his interest and determination to be proficient in English, as well as prompting his younger brother to want the same chance.  Now it looks like their hopes will be dashed.  Oddly, instead of choosing Tottenham Hotspur, he went for London neighbours Arsenal.

Updates on the UK Visa Saga from 10 August

The Home Office on 10 August (after one month) replied to uphold our complaint in part.  The investigator found that indeed we had completed the forms correctly as the UKVI Cambodia office  was apparently not aware of these "new" forms.  In part, as the office claimed to have told the boys and their father to return later, after they would "check" the forms.

We challenge that assertion, no such thing was stated.  They were sent away; told to start again and do the forms again. And as the officer gave them a slip of paper with the website address to get the "right" form, this would suggest someone has not been truthful.

15 August: As advised by the investigator we tried to make new appointments but twice again the UKVI office refused to oblige.  I asked the boys and their father to re-enter a third time and to ask them to please give me a telephone number so that I could speak to them.  They refused.  They said I should travel in to Phnom Penh if I wanted to discuss the situation with them.

They did, however, finally offer to arrange the interviews if a further fee of US$200 was paid.  This is in addition to the full amount already having been paid and the investigator finding that as our forms were indeed in order, they should not have been turned away in the first place.

So again, they have been held to ransom, for a service that is supposed to be a "first-class customer experience".

Shouldn't they read again the Home Office's statement on service and values?

Or does it not apply in Cambodia?

Finally, for an organisation with such lofty claims about its prowess, it is remarkably elusive - it just doesn't provide direct contact details for any of its people in charge! Check out their website to see if you can find any.

I did spot someone else having a hard time - and posting about it.

23 August - most strange, the Document Verification Unit, British Embassy, Bangkok, telephoned me to advise that three documents were missing or in one case not clearly showing an essential detail.  We had prepared these to go with the applications, ticking them in the checklist. I sent them by email on 25 August, although each includes English, to be on the safe side we paid to have full English translations.

Birth Certificate with translation
Updated school document (the submitted documents are unnamed)
Evidence of father’s employment/business – From the submitted business registration documents, it is not clear who the business belongs to
30 August - Bangkok has sent an email to advise "that a decision has been made about the visas" (not what) and that we must go to collect passports".  The UKVI "world class" service in Phnom Penh only allows to collect them on a Monday or Thursday!

I note that my bank has charged me an extra £6.02 on top of the £168.10 for each visa charge - though I specified paying in UK£, and from my UK bank account - apparently the transaction is in US$!.


1 September - We are relieved to see that the visas are fine.

Similarly I share more insights in to Cambodian perceptions about what may or may not be corruption in my blog: "He who pays the piper, calls the tune?"