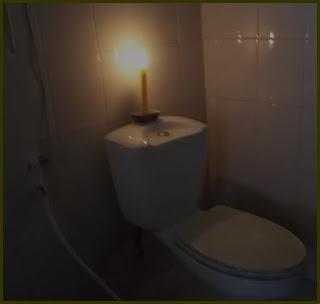 Last month Cambodia's irrepressible young people discussed consumer rights in the country.  It seems there are efforts underway to begin to correct a persistent wrong over many years, one that I actually spoke about back in 2005 "Doing Business in Cambodia."

Well, after an altercation this week with Cambodia's monopoly Electricity Company (EdC) - that proclaims "high quality" and "best productive services" - you can see how much not only the legislative and regulatory frameworks must change but also the basic culture.

EdC cut off our electricity supply. No warning, not even from their technician. He visited to see that we would indeed be inconvenienced by his efforts. I saw him pacing up and down outside, looking over the wall, but he walked away when I approached him. Then the supply went off.  However, it was only later in the day that we realised it was not one of the daily planned outages.

Apparently although I'd gone to the bank to pay the bill in the same way as I've done for years, something had gone wrong. EdC didn't/don't bother to investigate. This was the Company's terse reply to me:

"We would like to inform the customer that if the consumer fails to pay any electricity invoices within the due date, EDC shall be at liberty to suspend the electricity supply temporarily. If there were to
be the mentioned case, the consumer should fully pay the outstanding charges and re connection fee in order to resume the electricity supply. Should there be any questions and more details, please contact EDC’s call center via 1298."
Now Cambodia has been through a torrid time with Covid19. Although it has been spared the worst in terms of deaths and severe illness, the economic fallout has been vast, with the nation's poorest families suffering most.
EdC has not adopted a shred of compassion, as you see. It has not followed the example of its peers around the world who have made concessions and contingency plans for their struggling customers due to both Covid19 and the hike in charges as the cost of world fuels has risen. See for example how one UK company treats its customers, as independently reviewed and by its customers. Of course it helps that in the UK not only do companies face competition but there is also a regulator, as well as a vibrant Civil Society with organisation like Citizens Advice.

Although we're not struggling to pay our bills - the record shows we always pay in full before time - we could have been, as no doubt are up to millions of families in Cambodia.
EdC doesn't care. It just wants its money.
I gather that what happened in our case is that the wrong sum of money went from the bank to EdC. I could have made a mistake at the ATM, or there could be an error on the way. Either way it is an error, not an outright failure to pay the bill. EdC made no effort on seeing the incorrect payment to contact us. They don't have to. Even worse - they don"t think they should have to.
Even if it may not be the customer's fault, their only policy and action, is to cut the supply without warning.
They do not care about the health and safety implications. We lost a fridge full of food. I also manged to fall and injure my foot in the dark.
So now I am advocating for EdC to change its policies, hopefully voluntarily, but if not to be forced to have to do so. It cannot be allowed to continue to treat its customers with such disdain.
Anecdote
This is not the first time I have argued with EdC. I got nowhere with them last time. Readers outside Cambodia might be surprised to learn that EdC locates the customer's meters where it is convenient to them, not within or even near the customer's property. Ours is about 700 meters from our house on a street corner.
"A few years ago you allowed our supply to be illegally joined and we
paid for that for years literally.  It was only when we were away for
over a month with electricity switched off that we could prove the
tampering. Your company repeatedly rejected my requests to look in to
why our bills were so high. Again you took no responsibility. Having
meters far from people's houses is conducive to such criminality."
Update 17 March 2022
Paid our bill at the office, not taking the chance of something going awry via the bank. Plus we pointed out the error of trying to charge us twice. Response of EdC cashier: "Your fault you paid late last time!"
No reply from EdC HQ.
Update 9 March 2022
We've received our new electricity bill and guess what?  The company that does not accept mistakes can happen, including ones not necessarily the customer's fault, has made a mistake.  They re trying to charge us twice, i.e. pay again, for the last bill.  No doubt they will blame the system that generates their bills, but if they can be so quick to send a technician to cut off and restore electric (after payment of requisite fee of course) then it seems odd that they don't ensure their bill are accurate.
Cambodia-watchers will not be surprised to learn that my wife and her friends would simply have paid the full bill, not realising the the double-charge.  They agree though that it is highly unlikely EdC would have voluntarily owned-up and not simply taken all the money.
EdC has not replied to my last email or this blog. 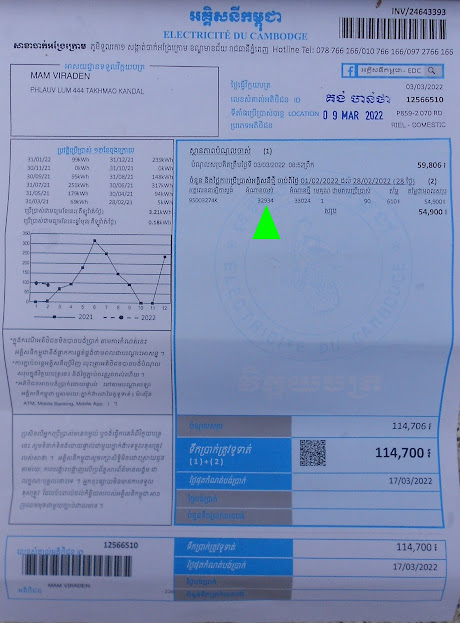 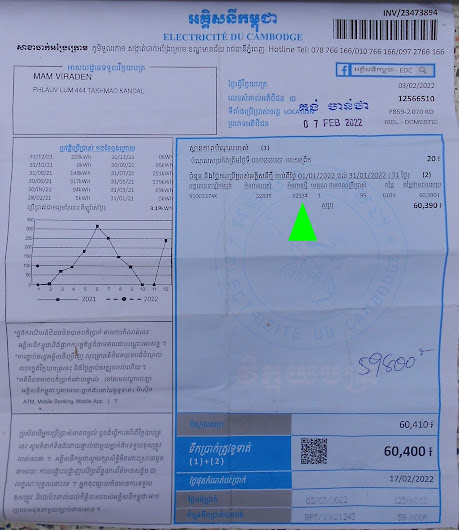