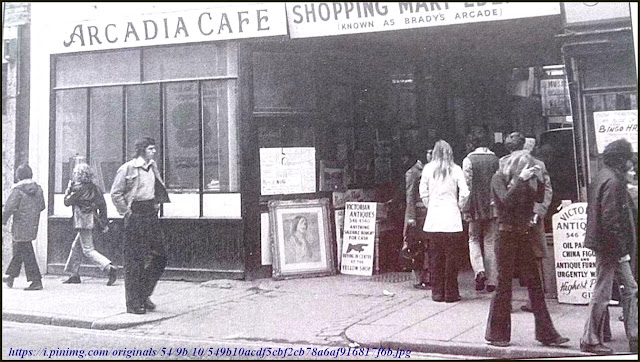 Image of Kingston 1969.  The arcade is just like the one where Eric Clapton once strummed his guitar and where we bought our secondhand LP records. The guy passing by hiding his face has more than a passing resemblance to one who used to lurk for hours in the Kingston Penrhyn Road refectory. He hasn’t changed much since but these days Ashby de la Zouch pubs are more his haunts (and feline rather than female company!)

Almost without fail on a Saturday night in the Fleece Inn Alnwick, the very familiar tones of Bryan Adams and “Best Days of Your Life” – or “Summer of 69” will be performed and rapturously received, by what can only be described as a dwindling grey-haired audience.