MFI micro-credit can increase poverty, not help to solve it. 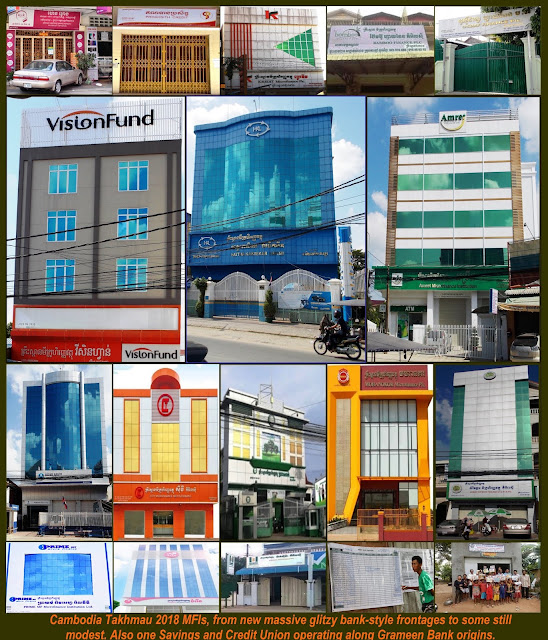 I have written the contents of this blog for the World Bank's Inspection Panel. They contacted me, to my surprise, in response to several of my Twitter postings where I complained about the World Bank's inaction. I am very pleased that they did. Most Tweets were in relation to the treatment of community activist Tep Vanny whose land disputes should have been resolved after an Inspection Panel's previous report. In fact she continued to be detained by authorities for maintaining her community's protest. Next to her case I criticized the way Micro-Finance Institutions were operating in Cambodia in increasing rather than alleviating poverty: “MFI's have lost their way”. By chance our journalist colleague David Hutt released an article this week making much the same points.

August 2019 - please see in-depth analysis by LICADHO on how and why MFI malpractice is posing a danger to so many poor Cambodians. (See update below)

Cambodia Election 2018: Neither Free nor Fair nor Credible. 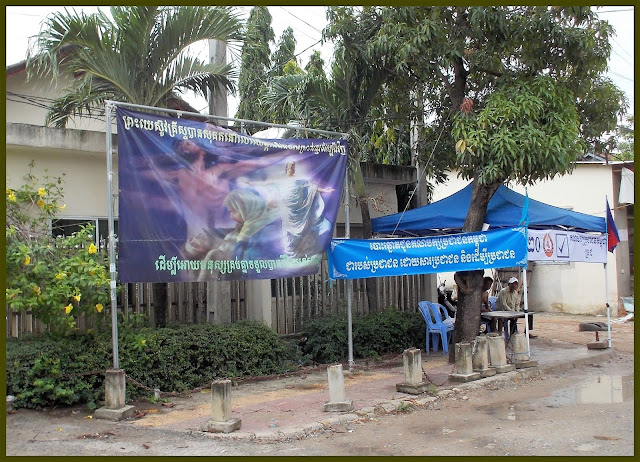 Takhmau Cambodia the CPP Election Post nearest our house. Please note the Church poster. I tweeted that what it depicted might be apt for what CPP did to the Opposition CNRP party but had they overlooked that after the crucification came the resurrection?

Cambodia in the modern era, since the Paris Peace Accords of 1991, and its subsequent new democratic constitution, has had national elections every five years since 1993 as well as local commune elections. Until the National Assembly election in July 2018, every election was fought competitively - if not fairly - by the ruling and opposition parties with the processes subjected to scrutiny by reputable international election observers.

This year, however, the only real challenging opposition party, was dissolved and banned from participating, accused by the ruling party of fomenting a colour revolution to overthrow it and risking a return to conflict.
Read more »
Posted by ANorthumbrianAbroad No comments: