Fascinating Back Streets and Coal-Shed Doors 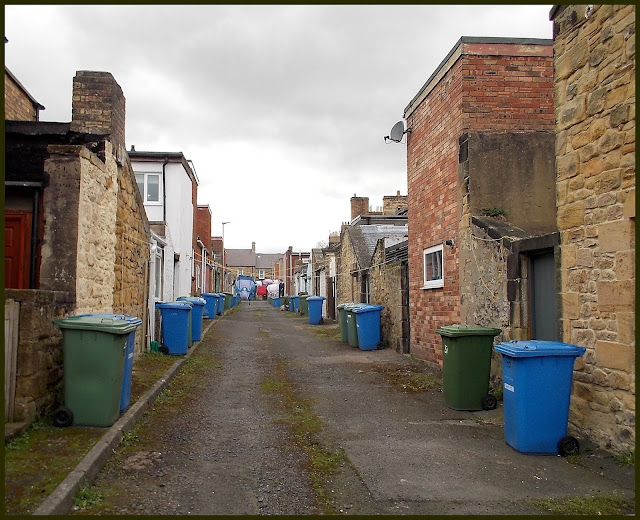 Alnwick – one of the backstreets we would use often as children. Today you don't see children playing there. The old tin dustbins are gone, replaced by wheelie-bins but one family is still using the old-fashioned clothes- line instead of the modern  indoor electric clothes-drier.  It was fun to cycle or run through all washing lines pegged with clothes hung out to dry to the shouts of many a woman upset we were soiling her washing.  Quite often soot from chimneys did a better job than us.  This picture was taken from beside the once railway line near Alnwick Station, now housing Barter Books - I write about them and their "Keep Calm and Carry On" fame here.

Despite suffering a pique of jealousy – because a friend got there before me – I want to relate my fascination with back streets. I was pipped at the post to extol the virtues of the “The Run” in Jamestown Saint Helena. [See poem below] It must, however, be one of the best, possibly the very best of back alleyways in the world.  I have come across a few other candidates for the title.  Some like the ones I talk about here in Alnwick, Northumberland, qualify because of their past glory, hence this blog. Others like our current street in Takhmau, Cambodia, make the list because in many respects they are today like others were in the [good] old days.

So why fascinating? Well it's because of the stories they tell. The house-fronts always put on their best front with fancy doors and windows and all kinds of decorations and adornments.  Dublin is famous for its fine collection.  When we grew up in #Northumberland front doors were seldom used except for when the post or newspapers were delivered.  The occasional stranger would knock on one.  How often did people make their hasty retreat out the back door when fearing a debt to be repaid or some other unwelcome visitor?  The most reserved of special occasions for a rare opening of the front door was/is of course the final exit of the dearly departed.

Otherwise it was the back-door or side-door for the rest of us. Doors were never locked.  Beside the door you would see a dustbin, bicycles and anything else not wanted inside the house.  Before modern sewage they had other uses too. They were supposed to be delivery service routes but mostly they ended up colonized by childen as playgrounds, generation after generation, that is until the Smart-phone one was born.

Back streets were where much daily life went on.


Drinking fountain – will it come back in to fashionable use once the war on plastic water-bottles succeeds? Safe water-amenities were critical early public health improvements. Also a facility to “Wipe your boots” from the days when they would be "clarty." 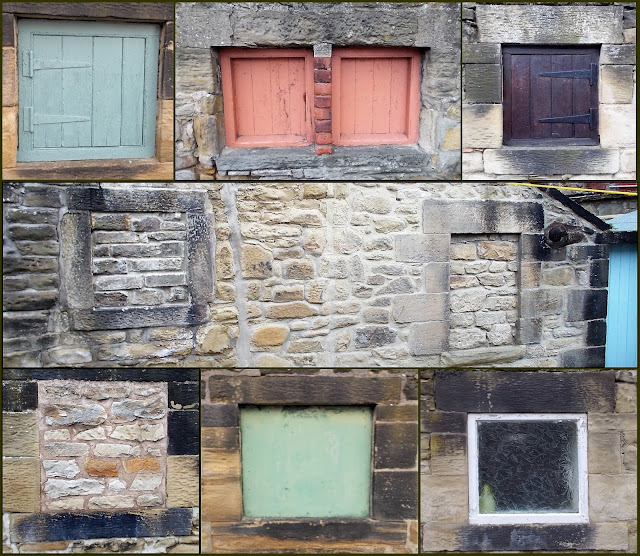 Old coal-shed delivery doors around Alnwick. Some are intact and in good order still in some kind of use. Some no longer look their best. Most have been filled-in. One or two are incorporated in to extensions built and made in to a window. 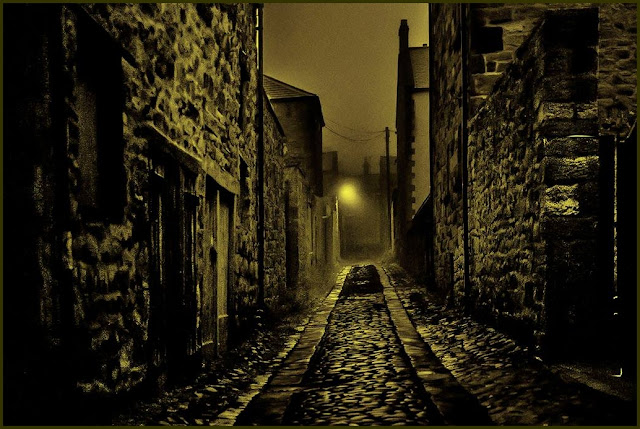 Thanks to: @alnwickgazette
VIEW OF #NORTHUMBERLAND: This could almost be a Victorian street scene but it's a cracking atmospheric shot of Gills Lane, #Alnwick, by Kevin Temple. @NorthEastTweets @NEFollowers @VisitNland @VisitAlnwick @AllAboutAlnwick

And back to original blog:]

The old coal-house doors are fascinating.  Just imagine what went on behind every one of them.

Every house had a coal-fire and a coal-shed, but since the advent of central heating and Clean Air Laws, most people no longer use them.  The Coal Man was a regular delivery-man.  Families with the breadwinner working in the pits might have had an allowance.  Everyone else had to buy theirs.  Every family argued over who would fetch the coal, clean the fire-place, and dispose of the ashes.

It would be easy to look back on the good old days with nostalgia.

A visit to Woodhorn is popular for that reason, but life in those days was hard; many an old-age has been marred by chronic health conditions stemming from that time. 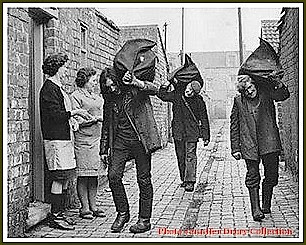 Alnwick's Bailiffgate Museum has a display worth viewing.  The fire range [right] will be familiar to older readers - the sole source of heat, cooking, and hot water, provided you had coal and the money to buy it.

Another Northumberland mining place is Ashington, home of the legendary Charlton footballing brothers, Jack and Bobby Charlton, giving us many images of the time.  Michael Walker gives a great account in:  “Where coal was King and football was a religion”

You can even see the coal shed doors. 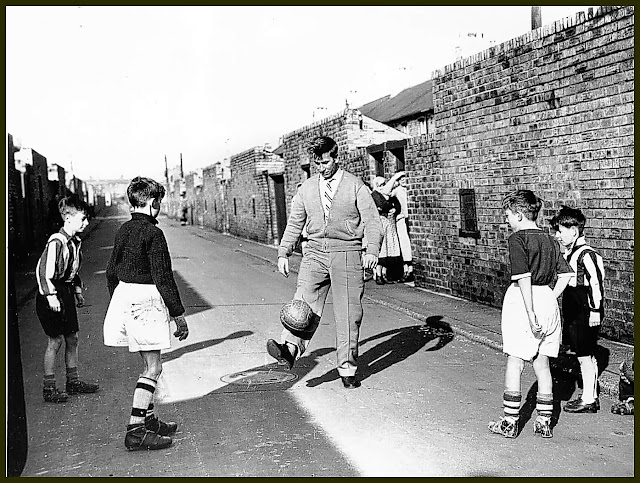 Amble too has its back streets and coal-shed doors but its past glory as a major coal-exporting port is now long gone with little evidence to show from it. 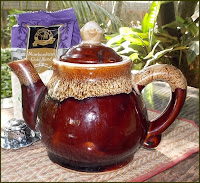 Sunday lunchtimes is a good time to visit Amble.  There is a market.  My 50p teapot I use  every day in Cambodia came from there.  I wonder what the previous owner would make of that!  Most of all for me is that Amble's unspoilt pubs still put out "freebies" on the bar, with the Schooner's roast potatoes the pick of them. If you log in to the link - do you like the ceiling?  When I say "unspoilt" I mean that there's been no major refurbishment of most of them.  Some could do with upgrading but let's hope it's done without destroying their character, as is often the case.


Almost the exact spot on Amble harbour-side – Now and Then

This blog may be a rest from politics but as I said in a tweet there are always points ts to be made, lessons to be learned.  Cambodia has only small coal deposits but it is determined to exploit them, and it is building coal-fired power stations with help from China.  Will it do so while protecting the environment and health of its people? Or will its elite simply profit from it all with the help of an unscrupulous world? This policy proceeds at the same time as it vies for overseas aid for climate-change projects. Are these not more peculiar contradictions on the part of authorities and donors?

Now this looks like a great story for a great cause on a similar theme.

Sir Bobby is venturing in to my neck of the wood in Cambodia - and would have done well to consult people like me with local knowledge. I did reply to his tweet. I am soory to say it but his well-intentioned desire to help disabled people in Cambodia is probably misguided, as I explained, with a contact and NGO that closed its vocational training centre for disabled people in Pursat just a few years ago. It was no longer needed.

Here is a good poem about St Helena Jamestown's "The Run". As well as the Mango Trees, I wonder how the Tamarinds are doing? They too were largely uneaten, not used much in local cooking. 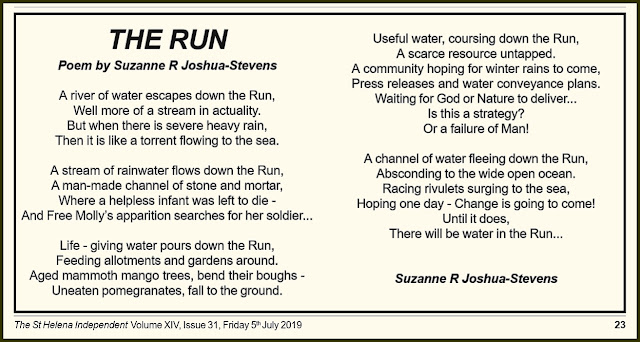 These days a simple internet search produces digital images of most places.  You can see some of my photographs in my Google Drive collection.  I also have a collection from a CD I bought years ago very old black and white photographs of Alnwick, some of which are not online. 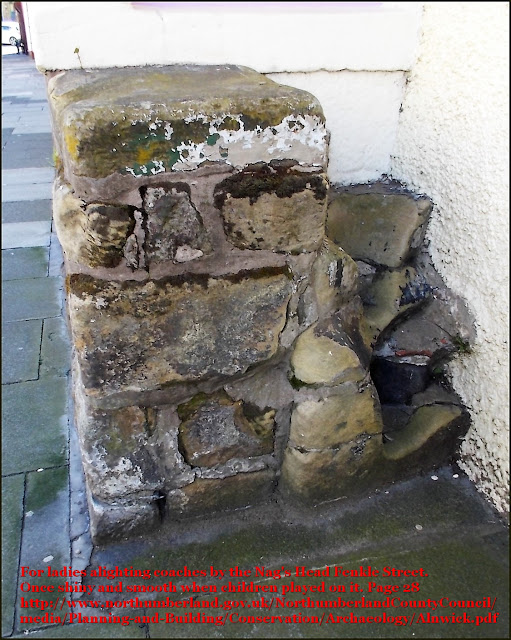