It's a strange world.

Observations to go with the great breast-milk debate

UNICEF and Child-Care experts united to persuade Cambodian authorities to outlaw poor Cambodian mothers from selling their breastmilk.  The issue has gone global and viral.  See for example this BBC report. Here is my tweet, not well-received by the experts.

Why is it that so many “experts” cast doubt on private sector solutions to issues, as if the profit motive automatically disqualifies them as unacceptable?

I think that Noah's mother would disagree with this expert if this would open up a viable way to obtain essential breastmilk for Noah. Her local milk bank was in the news after appealling for new supplies. 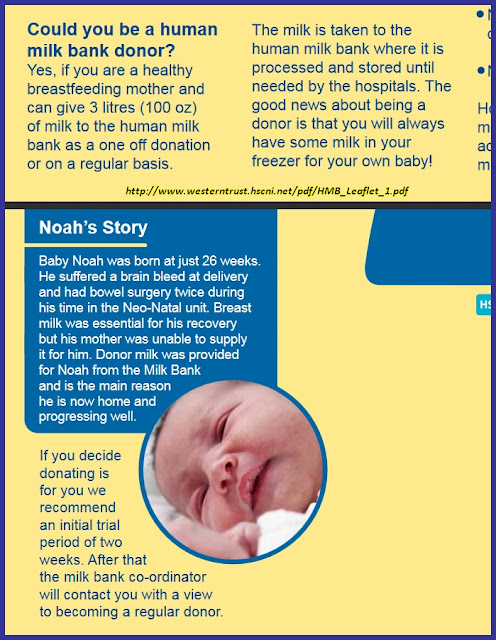 The experts say that Cambodian mothers are being exploited and/or they are likely to neglect their own babies who will be malnourished. Why do they regard them as so stupid?  There is absolutely no other way that they could make a decent income while still caring for their children 100%! And as my human rights colleague Ou Virak posed: "still don't get this. UNICEF is now going to feed the family?"

As I say it is a strange world.

Having worked in emergency relief scenarios; post-conflict and post-disaster, one more strange thing is you will see certain goods such as Coco-Cola become available before what you would think would be more essential items. Yes, water; medications, shelter equipment, etc. often arrive later and sometimes not at all. It's human nature at work even if it can be exploitative.

I recall one international NGO in Cambodia telling me “all our services are provided free!”. That was said despite the fact that money could be seen changing hands routinely from client to staff member. In Cambodian culture, the patron-client tradition is such that both sides expect a material sign of appreciation. This expatriate was so out-of-touch with the realities of the country, she was in denial. She also failed to realize that human nature is such that when people pay something for a product or service, rather than it being handout, they appreciate it all the more.

One of the most successful water sanitation projects in Cambodia was initiated by IDE Cambodia. It worked simply by enabling Cambodian artisans to make an earning from installing latrines. It succeeded by tapping human nature too – this time by what is covered by the expression “keeping up with the Jones”. By providing one in a village as an example, other families would soon wish to emulate their neighbours. I recall some folks in a pub in the UK who were fascinated by my observation: the first sign that our livelihood projects were working was when a TV aerial appeared on the dwellings of poor families. Yes, they would buy a TV and battery before roofing – or a latrine – today the mobile telephone comes first!

My point is please remember human nature; allow people to make their own decisions. They know their circumstances best. It is the same rationale as I espouse in my lead blog Smarter Aid.

If you disagree with people, by all means seek to persuade them to do things differently, but you will have to demonstrate clearly why they should change their behaviour, including the benefits and costs to them and to others.

And if they can't be persuaded, respect their decision.

Please do not impose your way over them, unless there is a serious legal or moral issue involved. In particular you should not resort to force, especially where local powers are highly suspect as they are in Cambodia as far as much of the populace is concerned. They are not trusted. They need to change their behaviour if they are to earn respect and attain widespread credibility!

I am glad that we are agreed with this expert.  Sadly other experts and officials over-ruled the Cambodian mothers who did not feel eploited at all. As they said in their protests - that were disregarded - now they and their families are much poorer. And many more mothers are denied options of giving or receiving breast-milk for their babies! 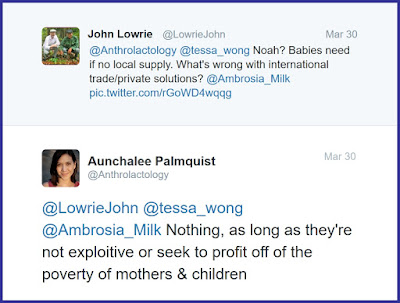