There but for the Grace of God goes I! 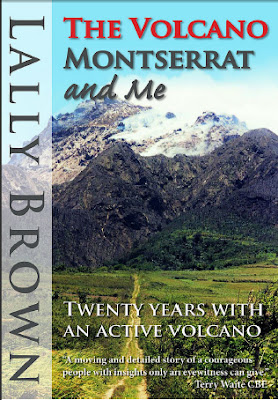 Lally Brown gives a fascinating insight in to the strength of spirit aroused in the wake of the misfortune caused by the Montserrat volcanic eruption.  I reviewed her published article – reproduced below.  In an instance, reading it took me back to Tristan da Cunha, its volcanic explosion in1961, with the evacuation of the island, and the many friends from there I have met over the years.  Most returned home.  There is no place like home.


Lally and I, by chance, have followed similar paths from Kingston upon Thames Polytechnic in the 1970s, around the world, often in development aid postings.  Our paths never crossed, somehow, but Saint Helena Island, was our common home at different times.  (Lally, also by the way, writes about Napoleon’s stay there.)

For me, it is important that we share perspectives and experiences, especially if we are to improve overseas aid and development effectiveness.  At its best, it can do great things, such as in emergency relief or genuine pro-poor projects. At its worst.....well you can read of that elsewhere in this blog-site.  Lally describes some best practice, and some not so great, related human stories, during the unfolding Montserrat crisis. It’s good for all of us to take a break from our own familiar places, and look in on somebody else's.  It can help to put in to context some of the issues capturing our attention.  Whenever a natural or man-made tragedy unfolds, there is only one comfort: "there indeed but for the Grace of God goes I!"

“The Volcano, Montserrat, and Me” by Lally Brown

Lally Brown not only gives a tantalizing account, day-by-day, of Montserrat volcano’s unfolding drama, “Will she, won’t she blow?” but also a fascinating insight in to some vestiges of British colonial rule. The volcano sprang back in to life in 1995 after 500 years of dormancy, as if to welcome Lally’s arrival on the island.  And yes, the British Empire does indeed still exist in outposts such as Montserrat; Saint Helena, Tristan da Cunha, and a host of other territories that have never gained or wanted independence.  Lally, self-confessed “island addict”, writes affectionately and vividly after witnessing close-hand the turmoil for Montserrat people on the only home they knew.  She and her husband devoted much of their working careers to these neglected outposts of the British Empire, but it was Montserrat that stole the show.

Who cannot be held in awe by volcanic eruptions?  We know about Mount Vesuvius from our history lessons.  Many of us remember the splendid sunsets Mount Pinatoba gave us.  Few of us would want to go closer, yet Lally Brown literally takes us right to the centre of Montserrat’s volcanic cauldron, thanks to one seemingly dare-devil helicopter pilot.  The unpredictability of nature was yet again pitted against human judgment about what would happen and when?  Nature won.

Try as they might, for all the great expertise of Volcanologists and Seismologists, Montserrat’s volcano was not for taming or predicting.  Perhaps our planet’s most ancient peoples are right after all, even if such beliefs defy modern science.  Greater forces may well be at work; spirits could inhabit the mountains and forests?  When Mount Kilabulu in Borneo aroused itself with an earthquake in June 2015, causing the deaths of 16 climbers, local people were quick to proffer that the spirits had been offended by visitors allegedly posing naked for pictures on their scared peak.

Lally Brown does not speculate if Montserrat’s volcano was equally offended, but she certainly testifies as to how the wrath of nature was exacted.  People did die, including great characters she knew personally. Homes and settlements were abandoned, including her own, more than once.

Throughout Lally’s story shines one light – the indomitable spirit of people thrown together in the face of adversity, combined with a healthy dose of humorous anecdotes.  We see their frustration too, with the cautious, at times exasperating, leadership of the colony’s administrators. They had their work cut out to reconcile irreconcilable differences.  As well as the volcano’s moods, they had to contend with the imperfect advice of scientists; the at-times illogical wishes of Montserratians, and the quirkiness of directions from the UK. Despite everyone’s best efforts, there was only one winner, the volcano, and Lally Brown survived to tell us her riveting tale.

You can obtain her story through this link:
http://www.amazon.com/The-Volcano-Montserrat-Me-volcano-ebook/dp/B00TYKF1HE