Alnwickdotes: No 1 “The Dartford Warbler” 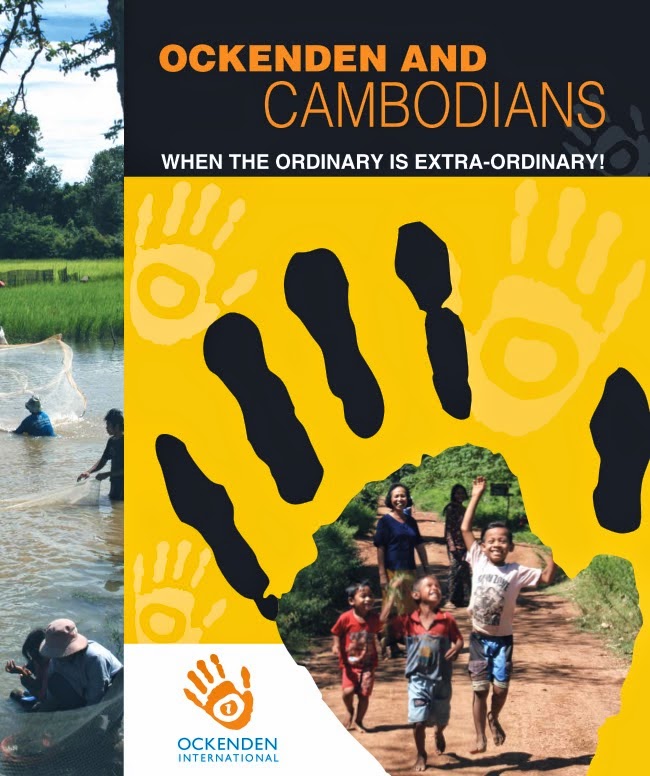 Quite often I tell stories about the lighter things that happen in overseas development work.  One about the “Dartford Warbler” two weeks ago produced the same response from the listener as many before him.  “You should write it up!”  So this is the idea for this series of anecdotes.

Or Alnwickdotes! I will admit to drawing on the ingenuity of whoever at the Duchess’s High School in Alnwick coined the phrase Alnwickist for their newspaper.  Now most people may not know that our town’s name of Alnwick is spelt with two silent letters – the ‘l’ and the ‘w”, phonetically we say “Annick”.  So now you see the play on words.  There’s a student revolutionary in all of us.  Mine goes back to the campaign against UK Prime Minister Margaret Thatcher, then Education Secretary, who made the harsh decision to end free school milk to pupils.

Returning to the Dartford Warbler, in 2006, we all had to convene as the various country representatives of Ockenden International with HQ management in Dubai to hear of the dire impact the Dartford Warbler was having on all of us, our work, and the organization.  Ockenden was operating programmes to assist refugees and displaced people in many of the world’s trouble-spots.  What or who was the Dartford Warbler?  It was not some newspaper critic against Ockenden.  It was and is a humble and endangered bird. 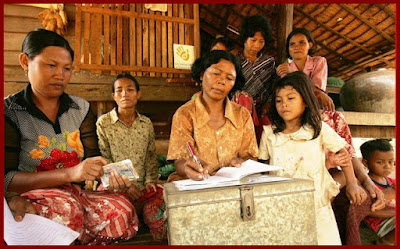 Ockenden International has a fascinating origin and story, told in its current website Ockenden Prizes  and in the booklet shown above. Now although its work was generously funded by donors such as DfID and the European Commission, it had to find and make co-funding contributions.  Over the years that contribution came from legacies.  People enthralled by founder Joyce Pearce’s and Ockenden’s work kindly bequeathed property. Gradually these properties were sold off until there were just one or two remaining near Woking here home. (The Woking Library houses a collection on Joyce.)  However one of the two propeerties was to fetch a good price to keep us going for several years - until the Dartford Warbler made its call.  Or to be exact a conservation order affected properties within a distance of the breeding sites of our little friend. So the sale was delayed indefinitely, with no new revenue in the foreseeable future.  We had no choice but to close our country programmes, except in Cambodia, we were fortunate.  We were able to continue it as Ockenden Cambodia www.ockendencambodia.org. an independent local organization.  For the full story, please connect to Ockenden and Cambodians Part 1 and Part 2.

For those of you who follow my views about “aid and development”, you will know that I think all international agencies and organizations should have clear exit strategies, to hand over to people within developing countries, who are usually able and most entitled to devise their own solutions.  As Journalist SebastianStrangio commented “Self-obsolescence can be very elusive” in the aid industry. What we did with Ockenden Cambodia proves that it can be done and be “sustainable” in development jargon. Yes, some of us are masochists to do ourselves out of our jobs!

The good news, however, is that the Dartford Warbler did not lead to the total demise of Ockenden entirely.  In fact, having solved the property sale issue, Ockenden has been re-born and revitalized as an innovative donor, still championing the original cause of refugees and disabled people.  Last week, its latest award to a worthy cause was made. The Most Reverend & Right Honorable Dr John Sentamu, Archbishop of York, presented the prize to “Twunganire Abahungutse (TA) - Everyone Supports Returnees” of Burundi.

Congratulations to all concerned, and long may the Dartford Warbler warble!

This year's Ockenden Prizes award can be accessed here.
2021 Update
I am glad to know of growing interest in how we "localised" Ockenden from an international NGO to a genuine local one in Cambodia. It has not only survived but done well now for over 13 years on its own.  You can access the original article here that sparked the debate. 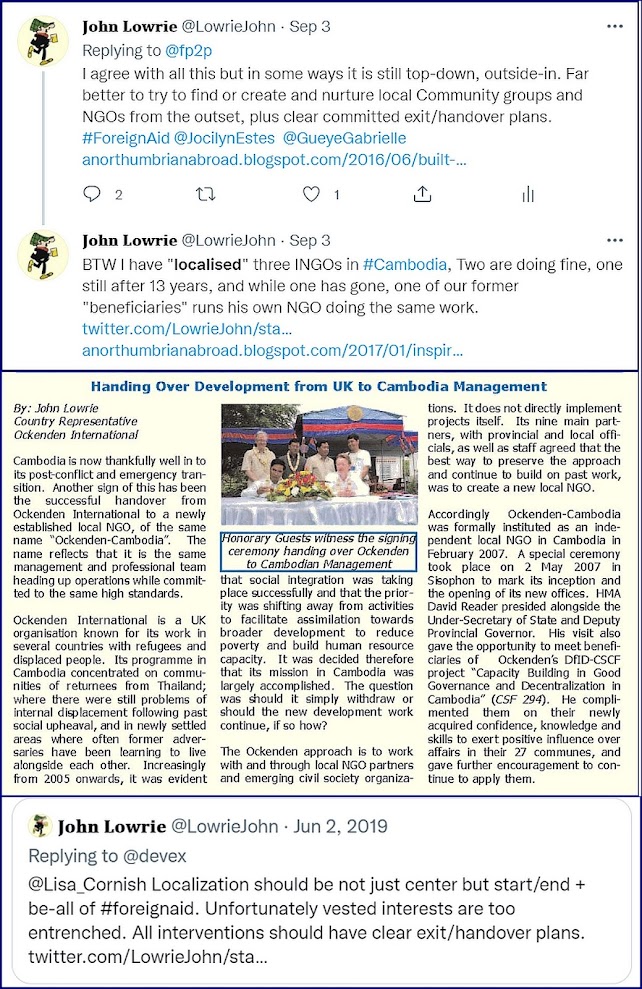