Alnwickdotes: No 2 - A lot of things happen when I take a beer! 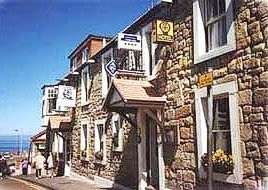 I have been known to take the occasional beer, with my favourite worldwide hostelry in Seahouses, in of course, Northumberland.  So far, despite valiant efforts to search one out, I have not found its equal anywhere in my travels. (Please see write-up in "Canny Bevvy" below.)
This is an old anecdote from the last century of beer-related events in Malawi, Kenya, Rwanda, and Cambodia followed by a twist in London.  Four times in my life, my relaxing quiet cool beers have been violently interrupted.
I used to frequent a nice little restaurant In Nkhata Bay overlooking Lake Malawi with fine views of the highlands of Tanzania and Mozambique.  Just my bad luck, one day the Malawi Army began its purge against dictator Hasting Banda's Young Pioneers* - by blowing up the house next door, without warning. (None of the warning-sirens and red flags we used to have in Longhoughton before the quarry-blasts!) Apparently they thought that it was an armaments store and they were right.  It was quite a display.  And it destroyed the "hotel", a wooden grass structure.  The only thing left standing was the one solid thing between me and the blast, the brick-built toilet.  Yes, I was saved by the toilet. I did manage to finish my Carlsberg Green, "on the house", as everyone else had scarpered.
Two years later, my colleague Gillian and I were, enjoying a cold beer after dinner in the Boulevard Hotel in Nairobi, Kenya. Heineken was to blame this time.  With very poor timing I had just paid the bill when there was an armed hold-up.  The gang started their thievery in the adjacent bar leaving one gunman keeping an eye on us in the restaurant.  Luck may not have been on our side when it came to getting away without paying the bill, but it was when that one man momentarily disappeared from view.  We sneaked out the back door and locked ourselves in our roooms until it was all over.  Gillian wrote in the house magazine, complimenting me on my "sound presence of mind", not because we were able to escape unscathed, but because I took my beer with me and didn't spill a drop!
Therefore it was not altogether surprising when my "Műtzig" beer in Kigali, Rwanda was also rudely interrupted.  That incident brings to mind just one more parallel with Cambodia, these two genocide afflicted countries.  I was sitting there near Kigali, watching the world go by, while tucking in to my exquisite barbecued/grilled fish, and thinking about work, when not a hundred yards away, an enormous landmine suddenly exploded.  To my surprise, the locals all ran towards the blast, not away from it.  I sat still, polished-off my fish, and had another beer, while waiting for the mine clearance boys to arrive to check the road before I left.
Three times, beer and life-threatening incidents, now the fourth: 7 September 1998, Phnom Penh, not far from the temporarily-named "Democracy Square', I was in a restaurant, partaking of an Ankgor Beer, on medical advice of course to avoid dehydration in the tropics  when what happened?  Shooting started all around.  The authorities had decided to put down the post-election demonstrations.  I picked up my beer and went for cover at the back of the restaurant.  All the Cambodian customers did the same as the Rwandese.  Safety was not on their minds. They rushed forward to see what was going on or off.  Some went out in to the street, to observe the fleeing demonstrators with the security forces in hot pursuit.  They were all oblivious to the bullets flying around.
But of course in accordance with a proud and disciplined Northumbrian upbringing, I finished my beer, and not a drop wasted.  "Waste not, want not!"
Cambodia has its share of big shots and they're all very brave when they have their guns. Usually they get away with it although one didn't. And guns and alcohol don't mix. It's best to leave when you see the two together. One time I was not quick enough. I lingered too long over the beer not wanting to waste any. Suddenly many faces were all looking at me. I couldn't help but stare back. That is not the done thing, but one face beamed a smile, like none I'd seen before. The Angkor Beer girl, who I knew, wouldn't take her eyes off me. I smiled back and the faces turned away. Apparently an over-zealous customer, keen to sew his wild oats, had pulled his gun on the girl for her to succumb to his evil ways. She had extricated herself from the inevitability by telling him she was my girl-friend. I was pleased to be of service if not to be drawn in to his line-of-fire.
Now a little postscript and a warning for all you who these days peer endlessly in to electronic screens, often oblivious to the outside world.  Gillian was a great colleague, ultra-conscientious, a bit of a workaholic?  Often she would be the first in the office in London.  Access through the block by the main door was by one of those numbered locks, then you made your way to your floor.  Gillian was beavering away on her computer when the buzzer went, most annoyingly ("Who's forgotten the bloody number this time?),  interrupting her flow.  Impatiently she asked over the intercom "Who is it?" "The Window Cleaners" "OK!"  She let them in and returned to her work.  Gradually other staff came in, with the usual "Good Morning, Gill!", that may or may not elicit a response depending on how deep in thought was Gillian.
One member of staff though had no problem in arosuing her and everyone else's attention.  He shouted "Someone's stolen the safe!"  His window was wide-open. It had not been cleaned.
Update July 2021

The Good Lord Moves in Mysterious Ways.
Or is there communication from the dearly departed?
On the day after Mam died, my brother Derek, cousin Richard and I met to raise a glass for her, She would expect no less of us. So we went to the Queens Head in Alnwick where for the first time ever, they had put on Courage Directors. Not only that but of course what is the colour of its logo? Purple - Mam's favourite of late.

Hard not to think the good Lord does indeed move in mysterious ways. She was still driving her car just a few weeks ago before she died, for example to have her Covid jabs. She made quite a few journeys to join us over the decades and buy the odd pint or too of good old Courage Directors.

Malawi Young Pioneers were disarmed by Operation Bwezani, a Malawi Army operation at the height of the political transition in December 1993. Bwezani means "give back. The MYP had a strong network of spies and supporters countrywide at all levels in society.They were Banda's personal security bodyguards and were all trained and indoctrinated in Kamuzuism and military training. The Malawi Army did not infiltrate this group before receiving encouragement by protests by the people. 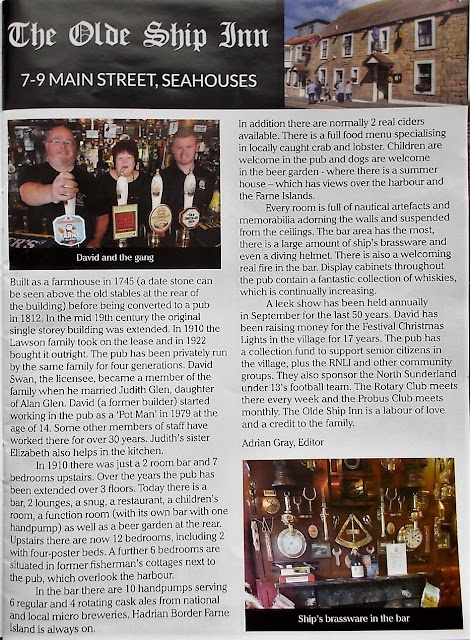