A little light relief! An anecdote from Saint Helena Island. 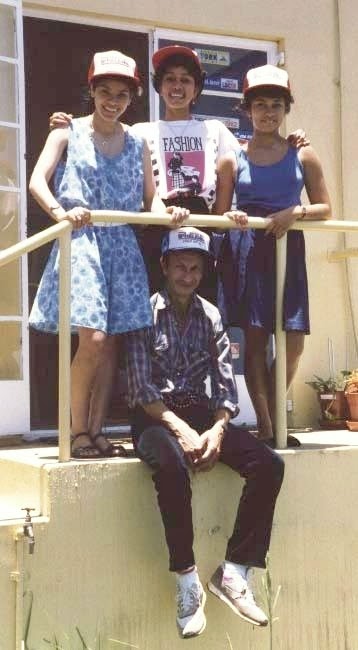 This is really a Saint Helena blog, but in the same vein as my “Alnwickdote” blogs, as some of the lighter moments of my travels around the world.

Radio St Helena gave me more pleasure than many things. Tony Leo, station manager, was a maestro and most under-appreciated. What a shame the station closed. (Full story here.)

Tony and I for many years, were the “Batman and Robin” of St Helena wedding video and photography.  Probably neither of us wanted the roles, but on St Helena “needs must” and there was no-one else.  So we tried our best.  For me it ran from 1985 until 1998, off and on, but mostly 1987-1994.

My oh My, though how times have changed with digital photography. Gone is the fear and by golly there was fear. Is the photographic film OK? Have I got it in properly without exposing it? Is it inserted properly and winding on OK after every frame? Have I set the ISO speed, etc? Then there was worry of composing each and every scene to make every one of the 36 pictures per roll count (or more, always trying to squeezing in an extra one or two). Did the bride blink there?  Have I got enough film left to do a re-take?  Then when it was all over, it was too late to do anything about it. The films were packed ready for the ship to take them for processing to the UK, taking as long as two months. Would they come back OK? Would the couple like them? All I can say is fate was kind. I never had any big failures but nerves were always frayed. It's nice to think that some of those pictures are still much-loved adorning frames and albums.

I am grateful to the internet archives for one of my pictures from the pre-digital age above.  The vivacious Natasha (where are you now?); lovely Vanessa (now in the Police Office?); and irrepressible Lucille (I see you on Facebook). Plus lucky lad Ralph – well what can you say about one of nature's gentlemen (or a good actor!)