Alnwickdote No 18: Travelling in Style

The old Russian helicopter's rattles eventually subsided.  After two hours we landed back at Pochentong Military Base in Phnom Penh, having made whirlwind visits to Banteay Meanchey and Battambang. To say I was glad would be an understatement. The helicopter had conveyed Deputy Prime Minister/Minister of Interior H.E. Sar Kheng to two closing ceremonies of the commune clerk training organized by his ministry and my NGO.  The Japanese Embassy, one of the sponsors, was represented, and I joined the party having helped to do the fundraising.  I have to say, in my case, somewhat reluctantly.   I cannot say I enjoyed trips in that old helicopter.

First of all, there were only two fixed passenger seats. They must have been salvaged from an even older coach that had made its last road journey.  One was for his Excellency and the other for the next most senior guest.

The rest of us could take our pick of the plastic stacking chairs, the ubiquitous variety seen in any restaurant.  Who needed seat-belts?  We were one chair short.  No problem as the last guy on-board sat on the large orange cooler-box.  But he had to move once we were air-borne, as it contained the in-flight catering – a soft drink each.

It was hot and smelly inside, more than a whiff of aviation fuel slopping around in a large tank next to the cooler box - so the “air-conditioning” was activated.  The rear door was lowered, giving us splendid views each time the undulating flight took an upward lurch.

Well, as you see,  I did survive the trip to tell another tale.

The then Deputy Japanese Ambassador was accorded No 2 status, and sat next to the Deputy Prime Minister in their splendid fixed seats.  That was a good job too.  He had worked hard during the ceremonies.  He'd even managed to stay awake most of the time during the interminably long speeches.  He must be one of the most likable diplomats I ever met - congenial, ever-smiling, not afraid of testing out his newly-acquired Khmer skills in public, laughing through every mistake and hesitation.  He certainly brightened up what were usually pretty dull affairs.  But it must have taken its toll on him.

On the trip back, he was so content and relaxed in the close company of the Deputy Prime Minister, that he fell asleep; soon his head resting on His Excellency’s shoulder.  H.E. Sar Kheng winked and smiled, like a doting mother cradling her baby!  He didn't mind at all.  But I wish I had had the courage to photograph them.

A couple of days later, I met the UK Deputy Ambassador. He laughed – “You must have been on one of the same helicopters that crashed with me aboard!” Nice of him to fore-warn us! Or perhaps he was exacting revenge for my tricks with a UK Ambassador John Martin in Malawi (story to be told.)

A few months later I found myself on another eventful flight.  A Cambodia Daily reporter Adam Priore and I were invited to be the first foreigners to witness the new administration in Pailin after the former Khmer Rouge had ceded to the government.  So it was all-change, at least in outward appearances like new smart uniforms, if not in actual personnel.  We were there to see the "new" leaders being sworn in.  I was there to take part in good governance and human rights training.

On the way back on the flight from Battambang to Phnom Penh, Adam a nervous passenger at the best of times, was worried, became anxious, and was close to panic when the plane took off but soon stopped ascending.  It flew very low across the Tonle Sap Lake.  We all wondered if the emergency drill was about to be real, but then the plane landed gracefullly at Siem Reap airport.  It was an unscheduled stop.  The airline didn't think it was worth mentioning.  Perhaps that's why some passengers take matters in to their own hands? 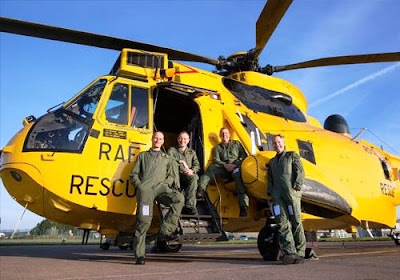 I should have been suspicious when checking-in. This was indeed to be a fateful trip. A new interpreter/translator had been found for our good governance and human rights training in Mondulkiri. He was bright and breezy as he joined me at the check-in counter with just a small executive style hand-case for his week away. The attendant asked him to open it. There wasn't a change of clothes, even underwear in there, but just one large carton of No 1 condoms. He was prepared for a good time although perhaps his plans were at odds with our gender-sensitivity session.

Apart from condoms, I was also struck by the amount of carry-on and hold luggage people were taking on what was already a full flight. In fact I recalled it when thinking the Air Cambodge ATR plane seemed to make an eternity to take off, and even longer before stopping after landing.

It was to be the very last flight to/from Mondulkiri although we didn't know that at the time.

The training actually went very well, so well that the Provincial Governor insisted on treating us to visit Bousra Waterfall. In those days it took 2-3 hours to reach on a very rough dirt road, fording through rivers. We were supposed to leave early but as is often the case in Cambodia, early became mid-morning. Around 1.00 pm we arrived as dark clouds hovered overhead. Our hosts were unperturbed, enjoying the waters until well after 3.00pm. "Shouldn't we be heading back?" I ventured "If it took 3 hours to get here in the dry, it'll take longer in the rain"  I was told not to worry. Around 4.00pm as the rain started falling, in tropical deluges, we set off back to Sen Monorom. The small river we had forded was a torrent. Unabashed the driver of the old Russian jeep ahead of us drove straight in and duly..... got stuck. Then to our horror the force of the current started to take it side-ways downstream. We managed to throw a rope to rescue the passengers and the driver before the jeep disappeared to its watery grave. Daylight was also disappearing rapidly.  A night in the jungle seemed on the cards. Then a Bunong ethnic minority man turned up from nowhere. He invited us to stay with his family for the night. I am not sure what was the worst hazard - the malaria-bearing mosquitoes or the home-made rice-wine, but the family was indeed most hospitable.

Now the unscheduled night away mean that we would be hard-pressed to catch our flight next morning.....if the rains and terrain permitted us to continue our journey. Luck seemed to be on our side, we reached Sen Monorom with 10 minutes to spare. There was only one thing wrong. There was no air-plane. "It's been cancelled!" Our return tickets were useless.  We had to hire vehicles and boat to get us back to Kampong Cham. There was no road in those days, just a track that had been cleared for logging trucks, many of which were stuck in the deep red mud. That was not the main problem. Tracts of the area were still in Khmer Rouge control and their forces manned the check-points, hard to tell if they were government forces or the feared fighters. The only constant was the bribe to pass through - 20,000 riels or US $5 - for Cambodians. Foreigners would be much more if they were allowed through.. I was made to lie in the back covered-over.  And by good fortune none of the guards did a search. After 12 hours we reached Kampong Cham and civilization, then after one more overnight stay, Phnom Penh - arriving back two days late.

Royal Air Cambodge never apologized nor would it refund our air-tickets or pay for the extra costs of our trip back. It was lucky not have one dissatisfied customer on board. As I said above, our flight was the last one to land on the Sen Monorom air-strip that has never been used since, falling in to disrepair, and ripe for alternative lucrative land-use. That night with the Bunong family was to be the start of a long engagement with this indigenous community.

At a grand meeting in 1998 of top officials; donors, and NGOs, to discuss the planned new commune councils I found myself "the odd one out". Firstly I believe I was the only one there who had actually worked in local government. Then when I called our UK 1974 local government reorganisation "disorganisation" it was meant as a well-meant warning. It did not go down well. I told them that the commune was far too small an administrative size  for local services to be carried out efficiently. It would be better to model on the 184 districts not 1600 communes.

Next I found I was out-of-step with the NGOs, especially my local human rights colleagues. They were all opposed to the new post of commune clerk, a permanent official to work with the elected Councillors. I argued that such a post was a good thing, a professionally trained support person, and it could be a fore-runner for an eventual professional neutral civil service instead of the partisan CPP ruling party patronage system. The only thing was there was no professional training course and the fears of the post being used nefariously were real. The government and donors supported going ahead with the post, one for each commune and some spares in case of turnover.  I was tasked with working with the Ministry of Interior and the Royal School of Administration to design the course; organise it, and raise funds for it. We also achieved something unprecented in public administration in Cambodia.  Commune clerk jobs were subject to public advertisement and their recruitnent had to be scrtutinized by NGOs.

Only time would tell if I would be right or proved wrong. (Some early evidence was promising.)


A Tenuous Connection with Northumberland

We grew up and lived most of our lives with RAF Boulmer and its Air Rescue Service.  Sadly it came to end in October 2015, as narrated here.   One important story is missing.  Children around Longhoughton knew something most others do not.  Santa Claus moved on from Christmas deliveries by sleigh and reindeer long ago.  They used to see him every year arriving in that big yellow bird.

It’s odd to think that as children in austere post-war Britain one highlight of the year was the RAF’s Christmas Children’s party.  Today we’re old enough to be guests at the one also held for local elderly people.  My mother attends every year without fail.
Posted by ANorthumbrianAbroad